by Ryan Brown
in Featured
0

What exactly is Risk of Rain?

Risk of Rain is essentially a rogue-like platform video game taking in both Metroidvania and rogue-like elements. It was created under the name Hopoo Games by a two-student team from the University of Washington. Originally a started as a student project, the game received funding through a Kickstarter campaign to improve the title. Chucklefish then released it on Microsoft Windows in November 2013.

In May 2017, Hopoo Games said that they had been engaged in creating a sequel to the game, Risk of Rain 2. The sequel is expected to retain the core loop of the first title but makes a leap from a 2D to a 3D setting. Let’s talk more about this game here.

Just like Risk of Rain, Risk of Rain 2 is also a rogue-like third-person shooter video game. It’s interesting to note that this title is less of a sequel to the original and more of a 3D version of it. Several items, characters, and foes from the 2D original have been completely revamped to perfection for 3D shooting. Believe it or not, their look and feel are incredible, considering the dimensional gap between the two versions.

Risk of Rain 2 also brings significant improvements to the heavy and outdated multiplayer of the original game. Developers of the game now bring new and inventive items and unveil many playable characters. Risk of Rain 2 is indeed a great game in Steam Early Access, and you can expect it to get better with every update. 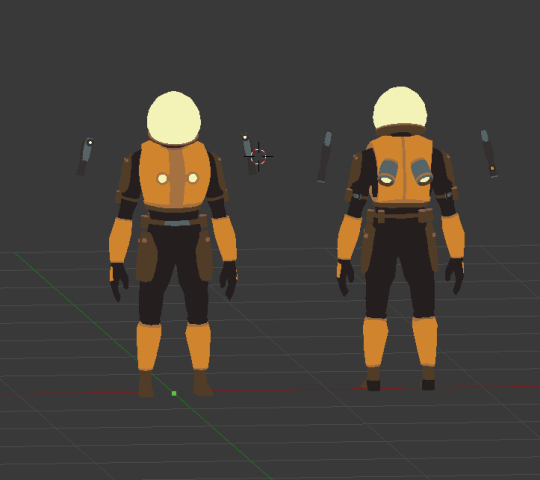 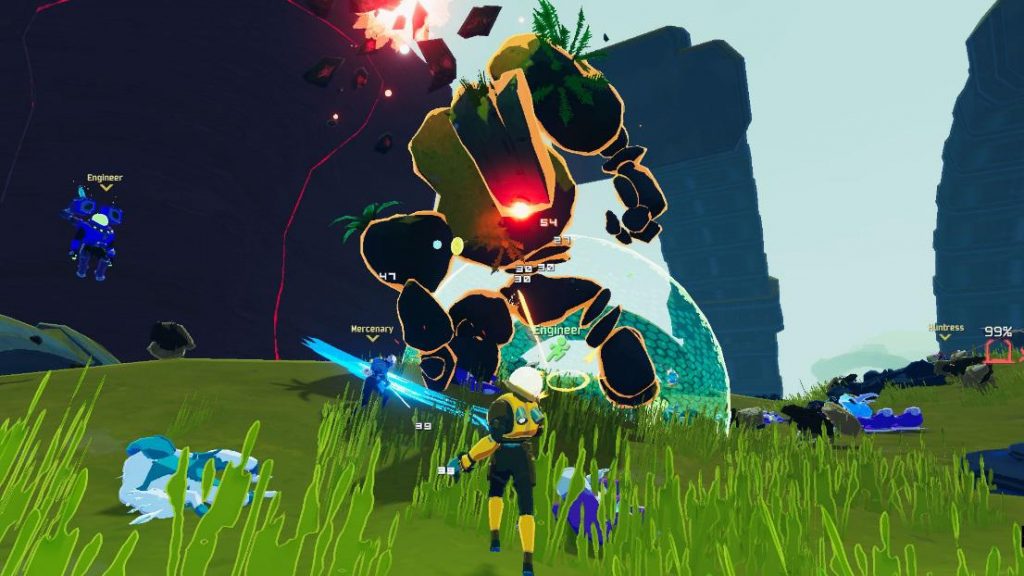 The ultimate goal of every level in Risk of Rain 2 is to look for a teleporter, which is a small obelisk that you have to identify in your current level and activate. Before finding the teleporter, you should have a poke about the level, as some kind being has left behind an array of artifacts or power-ups for you to scour out. Some of these items are chests filled with money.

Moreover, consider yourself lucky because each enemy you kill gives you cashpoints since they drop coins that you can collect. The place is dotted with various things for you to spend your hard-earned money on. These range from repairing turrets that help you in the combat to healing shrines that help you navigate, provided you stay within their radius.

All levels in the game look seem more expansive, intricate, and call you to scour for loot and hidden mysteries. Each level is a continuous battle of speed versus meticulousness. It may sound a little strange. However, the longer you spend pottering around and looting, the higher the difficulty of Risk of Rain 2’s levels gets.

To ace the game, you need to strike the perfect balance while powering yourself up to not make it too hard for yourself. Completionists may find the game slightly tricky initially, but they have to retrain their mind and leave behind some loot. You will get there eventually, after which you will be able to blast through the game’s levels by only collecting what’s required and powering yourself up accordingly.

The favorite power-up of most players is the Monster Tooth, which makes every foe you slay drop a healing orb. This item comes in very handy when you find yourself swamped. In fact, you will be swamped, especially when you activate the teleporter. When you do so, the teleporter summons a Guardian who attempts to smash you into a pink paste on the rocks.

The bosses are gigantic, and you need a lot of hits to put them down. They generally accompanied by a veritable gang of followers, too, all of them thirsty for your blood. The tactic you need to employ is running away while shooting. You can sometimes find a safe vantage point to kill the boss without being hit. But, these are rare, though. 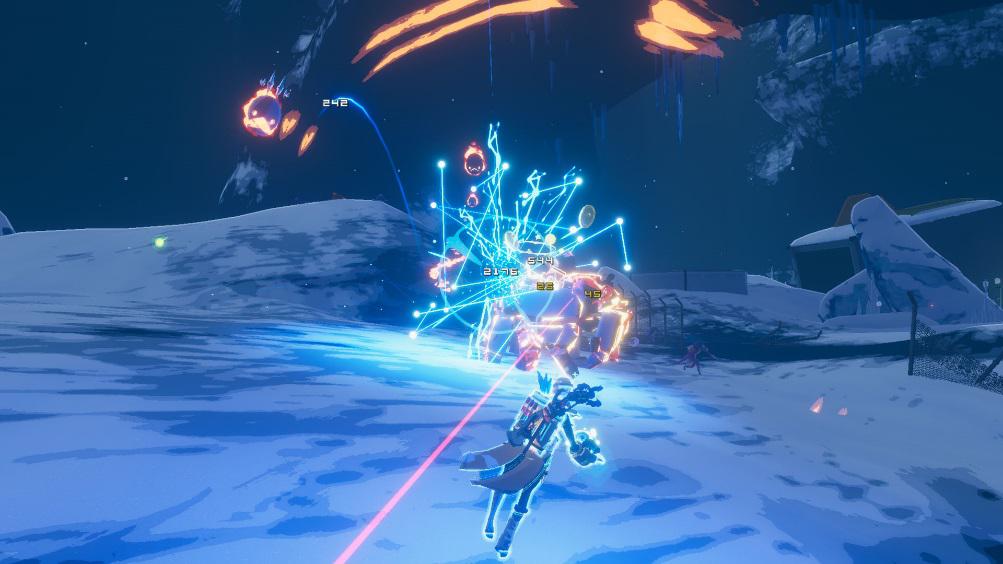 The basic formula of Risk of Rain 2 is pretty straightforward: you and a team of up to three players crash onto the pleasantly stylized environment of a planet and fight your way through a relentless onslaught of challenging enemies to make some loot. On your way, you will find some really rare items, like the Brilliant Behemoth. This adds an explosive impact to every attack and provides transformative effects in the most gratifying manner. And, since there are no caps on the number of the given item you can collect, the game will seem absurdly ludicrous, but supremely fun.

At one point, you may find a sequencing shrine that turns your gear into large stacks of three separate items for a 100-percent strike chance, some 20-odd extra jumps, and a rain of spectral daggers flying in every direction. While these items create a passive effect, you can equip one piece of equipment that presents with an activated ability, like the one to give rise to a black hole. The outcome of these upgrades is that you see the emergence of synergies within your build, especially when you consider the six playable classes called “survivors.” 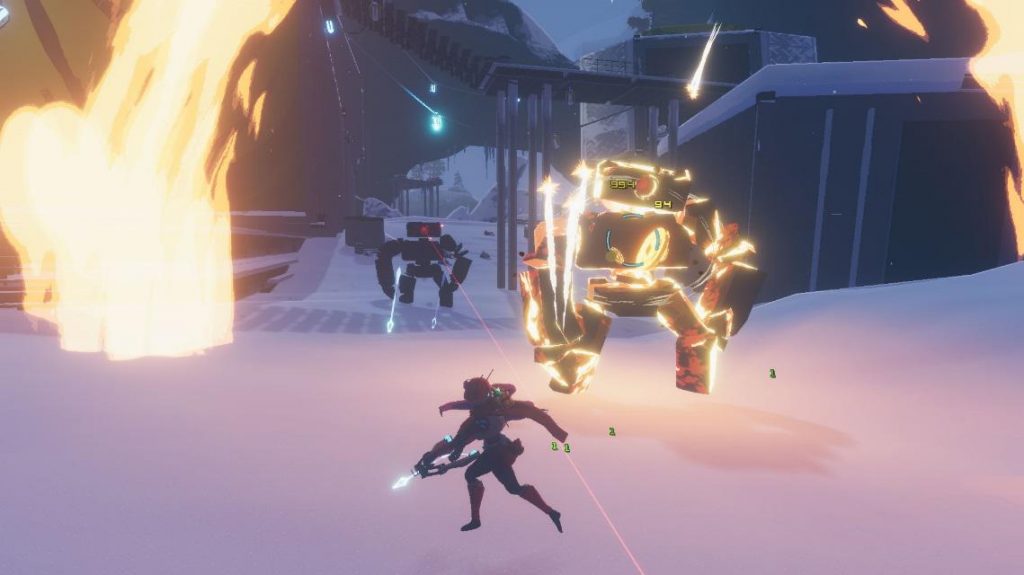 Each of the six survivors in Risk of Rain 2 offers a uniquely enjoyable playstyle. Much of it can be attributed to a few exclusive skills. The Laser Glaive of the Huntress shuttles between targets, dolling out increased damage with each blow. The MUL-T’s retool moves between two separate sets of armory and equipment. Also, the Engineer’s turret can put on sunglasses.

You will have to unlock five of the six survivors by completing challenges, all of which are fun across multiple playthroughs that you can easily track with the logbook. The logbook keeps track of all survivors you unlock, as well as your findings and progress towards your challenges. So, you can now keep a tab on your PlayStation trophies. It is nice to flick through the logbook and see how close you are to winning a trophy or finishing a challenge.

The combat, the carnage, the exploration, everything in Risk of Rain 2 is amplified fourfold. The gold gets distributed between all, making the game much quicker and a lot more exciting. The game also borrows an outstanding feature—the ping system– from games like Apex Legends. The system allows you to notify other players of items in the environment like loot, foes, or the exact coordinates of the teleporter.

Besides the standard single-player and multiplayer modes, Risk of Rain 2 comes with the usual daily run, called the Prismatic Trials, which you find in all rogue-like games. It pits all players against each other on one map layout to fight for the quickest completion time. You will see tweaks made to the typical gameplay systems, including extra tasks to finish and other gameplay modifiers. No matter what, it’s a whole new experience for you. It is fun to see how you compete with other players on the same map layout. 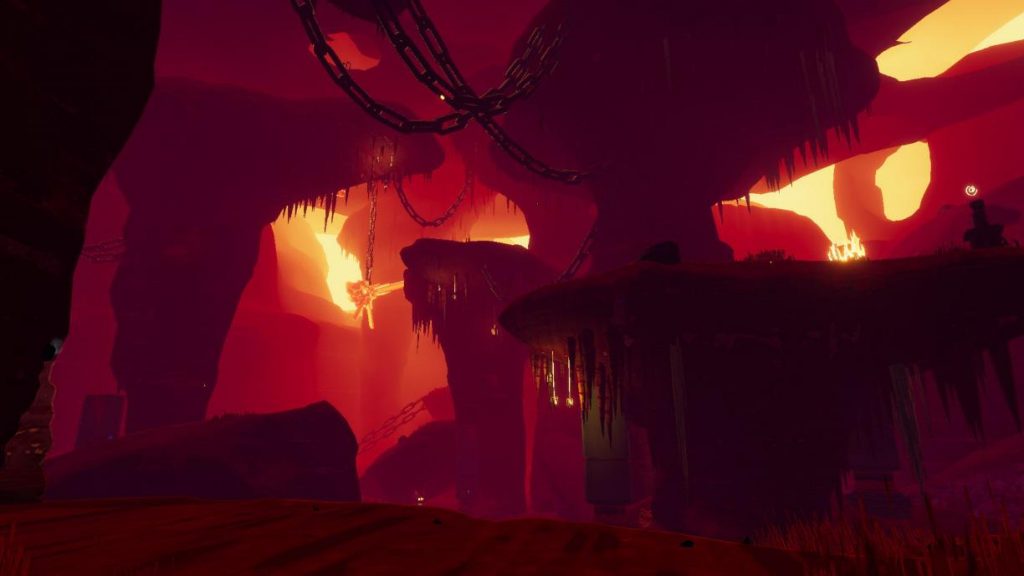 During the gameplay of Risk of Rain 2, everything from suicidal exploding jellyfish to lumbering Stone Golems will attack you. Hence, the combat is pretty engaging as the threat goes up. The game has unique silhouettes and audio cues that make it easy to respond to an impending danger at the drop of a hat. Boss fights are also well-telegraphed to be fair, and their outstanding size and appeal elicit a feeling of a real challenge.

The difficulty level increases constants, but the rate at which you progress to the next environment is entirely up to you. That’s a good thing since gaining some unlocks require you to complete a certain number of levels at a fast pace.

Presently, you will find a few handcrafted battles in mysterious portals and hidden passageways in the Risk of Rain 2. Undoubtedly, these boss combats are incredible and demand a well-crafted build and, most importantly, a well-implemented strategy. The game also throws plenty of other surprises, like a mysterious security chest at Rally Point Delta that rewards you for your effort.

The transition from 2D to 3D 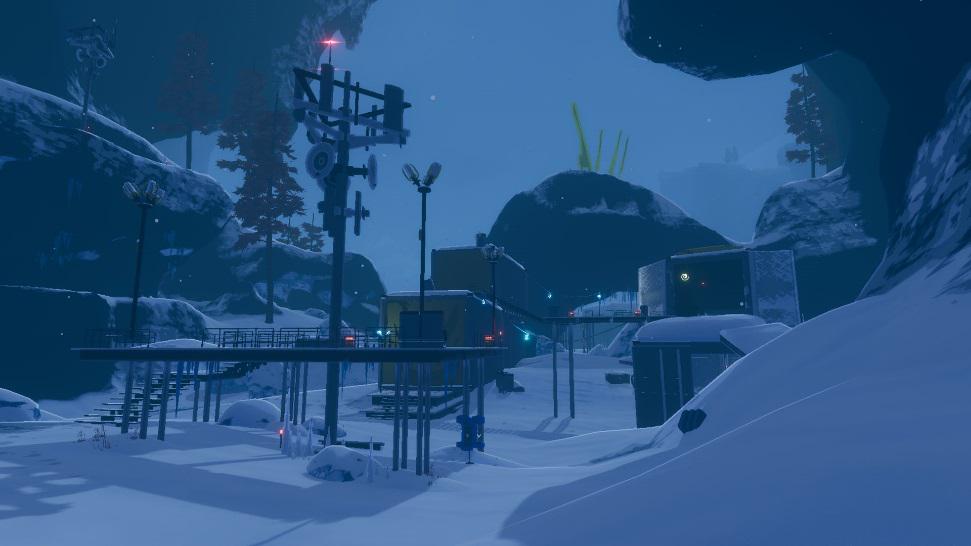 The first thing that will strike you about Risk of Rain 2 is the shift from a 2D to a 3D perspective. This transition to a different dimension of graphics substantially alters the gameplay of the third-person shooter, making it feel more immersive than its prequel. You may be a huge fan of 2D video games, but rarely would you have imagined that this title benefits so much from having 3D environments to explore.

Once you see the early access launch trailer of Risk of Rain 2, you are likely to get hooked to its beautifully fluid 3D action and unique classes. Everything will hold your attention for long after you realize the true essence of the game’s insane roguelike progression. Not to forget, you will love the ability to team up with your pals for competitive gameplay. No matter what, you are sure to find Risk of Rain 2 is exceptionally polished, fun, and replayable—something that suits your taste for shooting games.