Everything You Should Know About New World, Amazon’s Upcoming MMO

The massively multiplayer online role-playing game has been declared as one of the most sought-after game genres for decades. Many amazing MMO games have been released in the past years leading to the popularity of this genre. New World is Amazon’s most-awaited MMO role-playing game of 2020. This article will walk you through the details that you should know before getting your hands on this game.

What is the New World all about?

New World is an open-world MMO game that is set to release in late May of 2020. It is called New World because the game begins with the exploration of a mysterious island called Aeternum, where thousands of players in a server build characters, gather resources, and also form groups to fight against other groups by exploring, exploiting resources, and expanding the territory. This game is set in the Age of Exploration of the 17th century with beautiful biomes and landscapes, creatures, magic, and monsters. It is a player vs. player game mode; however, you can choose to fight against monsters or fight against other players.

New World is an action combat game that requires timing and aiming skills to combat. Character and customization come under combat as you will need to build your character and choose your weapons, attributes, and armor. You will choose a weapon, and it levels up with the help of a skill tree that lets you improve your weapons the way you want. You can even swap between three weapons instantly, ranging from magical to melee weapons. Besides leveling up the weapons, it has cooldowns depending on the strength and ability of the weapons. You can even unlock special skills that can give powerful attacks on enemies with longer cooldowns. And as you level up, you will gain attribute points that can be used to build your character. 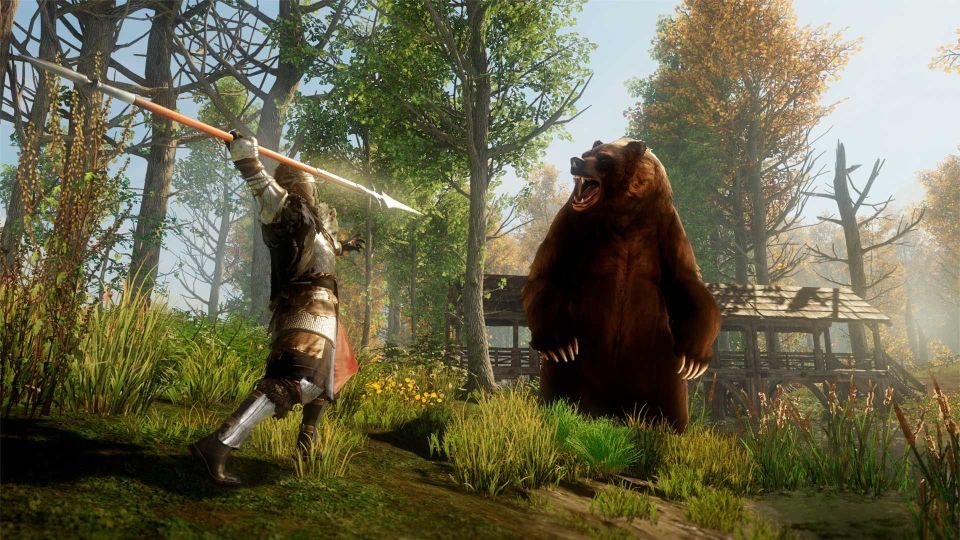 A unique feature that sets apart New World from other MMO games is crafting. You can craft your own weapons, ammo, and tools through blacksmithing. You can stitch your own outfits and craft trinkets. Tinctures and potions can also be made to cure yourself and recover from injuries and exhaustion. You can cook meals and keep yourself physically fit for combats and quests, along with an additional feature to host feasts and parties.

Although PvP is an important feature of this new MMO role-playing game, you will not be killed randomly by any player, which makes it more interesting to play. If you want to fight the monsters, you can fight it alone. But, if you want, you can form a group with other players and fight against other groups. Another interesting feature of this game is that you will not be killed instantly. You may lose points and durability, but the healing ability will heal you up, making it easier for you to sustain.

Territory control is an important aspect of the New World game. Companies are a group of 50 players each where you can join a company and take on the journey to infiltrate other companies within a territory, fight with them, and claim settlements. New World focuses more on ability and skills than levels, so, depending on your skills and abilities, you can defeat a level-40 player even though you are a level-20. Once your company claims a settlement, it becomes a place for the players to trade, craft, and gather.

Taxes and upgrading blacksmithing of the company will be taken charge of by the owners. However, to prevent one company from becoming very powerful, you will be given a choice to fight against your company by siding with the enemies or to fend off the enemies.

PvE is as important as PvP because you can play the game without engaging in PvP. You can take on quests, engage in open-world events and group contents. You can build your own territory by gathering resources and materials, hunt creatures, and fight with monsters and other species.

You can watch the official trailer and gameplay to know more about the game. If you are interested in playing this game before its release, you can pre-order the standard or deluxe edition and get access to all its features and bonuses.