Epic Games Store has made quite a few ripples ever since it launched in December 2018. To attract new customers, they have been featuring free games every two weeks since its inception – a program that’s going strong even in 2020. This is a huge part of their strategy to draw users from other platforms such as Steam, Origin, and GOG.

What’s more exciting about these games is that they are completely free! You can download them with no strings attached for a short time. You can then decide to purchase the game later if you are still interested in it. Also, you can keep adding these games to your library by logging into the Epic storefront, even if you don’t plan on playing them anytime soon.

The five games released for March are Offworld Trading Company, GoNNER, Anodyne 2: Return To Dust, A Short Hike, and Mutazione. Here’s what we like best about these games: 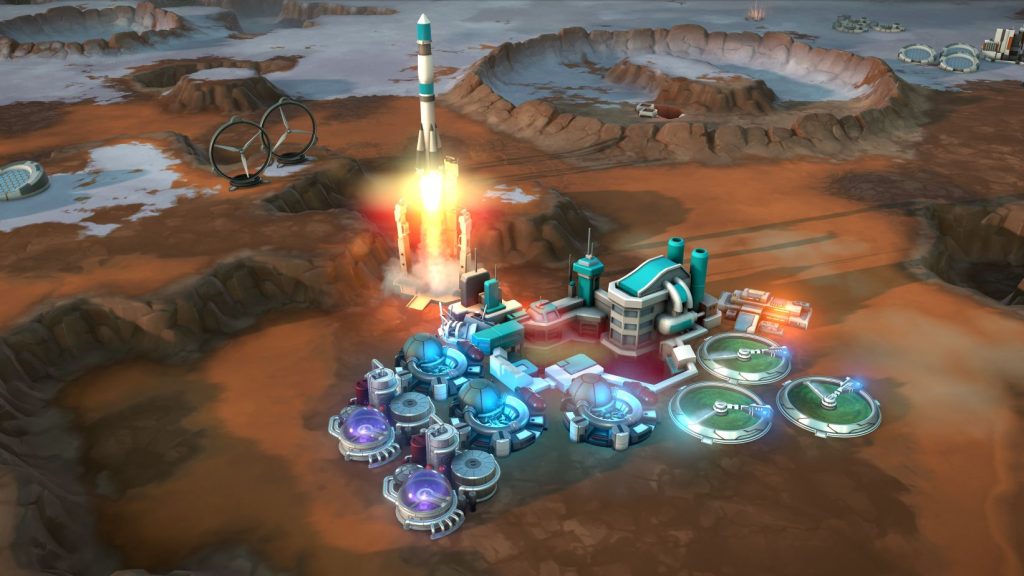 Offworld Trading Company describes itself as a “fast-paced economic RTS,” which has proven to be true by gamers around the world. The game has been developed by Soren Johnson, the Lead Designer of Civilization IV.

In a not so distant future, Mars has been colonized, and different corporations are seeking their fortune by dominating this new market. Since the game is all about trading off-world, the competition is high and savage as hell. The goal is not to destroy your opponents but to absorb their resources via hostile takeovers.

If you get excited about market trading in real-time, then this game is sure to bring an adrenaline rush for you. To be the strongest in the market, you do not play with guns or bombs. Since it is a real-time player-driven market, you can grow your fortune through the tough decisions you make on the stocks and resources you acquire, the goods you build and sell, and how you interact with the inhabitants of the ‘Offworld.’ Once you expand your business, you can also join the Offworld Trading Company: Jupiter’s Forge Expansion, which is an even tougher market than Mars.

The game supports multiplayer mode- up to eight players, so you can turn your friends into frenemies and play with them. No two games on the Offworld Trading Company are alike, and the market fluctuates based on the four starting corporations you and your opponents choose at the start of the game.

The amazing soundtrack, composed by Christopher Tin, is a retro-futuristic score that mixes several instruments to immerse you into the complete feeling of being on Mars. 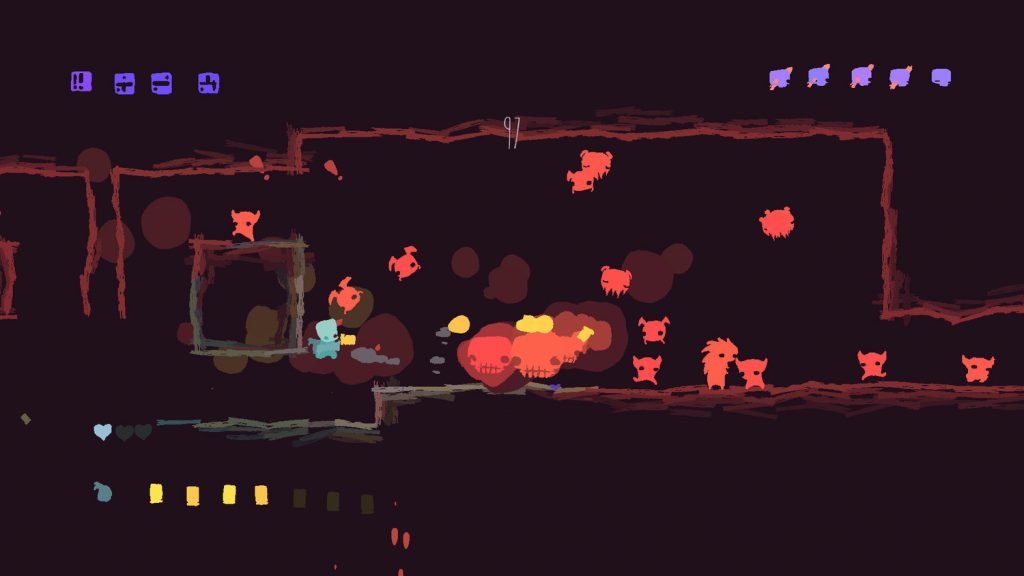 GoNNER is the story about the friendship between Ikk, his mentor Death, who provides him with all his arsenal and abilities, and his only friend, a giant whale named Sally for whom Ikk risks his life throughout the game. GoNNER describes itself as “tough as hell,” so you can expect a lot of excitement in this game.

The tagline of the game is “Press jump to die.” So you’re going to find yourself dying a lot in the game. As frustrating as this may sound, this is by design. However, once you get the hang of it, you’re going to be okay because there are a lot of replacement heads that you can use as well.

To make it even more exciting, GoNNER has daily challenges that are only playable once a day. The levels are randomly generated, and everything resets at midnight (UTC+1). Every time you play the game again, the levels will be different with different challenges and opportunities. So, you can never expect what’s going to happen next! You can rise through the leaderboard by killing creatures, scoring points, and combos to show how much better you are than your friends.

There are a lot of secret areas in the world of GoNNER where you can get unique items. But the game doesn’t tell you how and where to find them, so you’re going to have to discover them all on your own.

If you love music, you are not going to be disappointed because the soundtrack in this game is incredible.

The islanders of New Theland have been infected by Nano Dust. You are Nova, a Nano Cleaner, whose goal is to explore the island and suction up the Dust from the infected islanders.

Anodyne 2: Return To Dust is a new-age game using modern technology to morph the 3D and 2D worlds. It re-imagines the 3D art of the N64, PS1, and PS2 era, and the 2D art of the SNES and GBA. The vast dreamy island is explored in 3D, where you can discover strange characters and walk across mysterious locales. The 2D part comes in when you discover characters infected with Nano Dust, and you shrink into surreal, 2D dungeons to wipe out the Dust and fight enemies from inside their bodies.

There is definitely a connection between the original Anodyne and Anodyne 2: Return to Dust. However, there’s no need to play Anodyne to understand the story of the sequel, although you can try the original one too if you would like to.

There are over 50 new songs in countless genres made by Sean Han Tani that perfectly fits the dreamy land of Anodyne 2: Return to Dust. You also have the option to download the OST from the store. 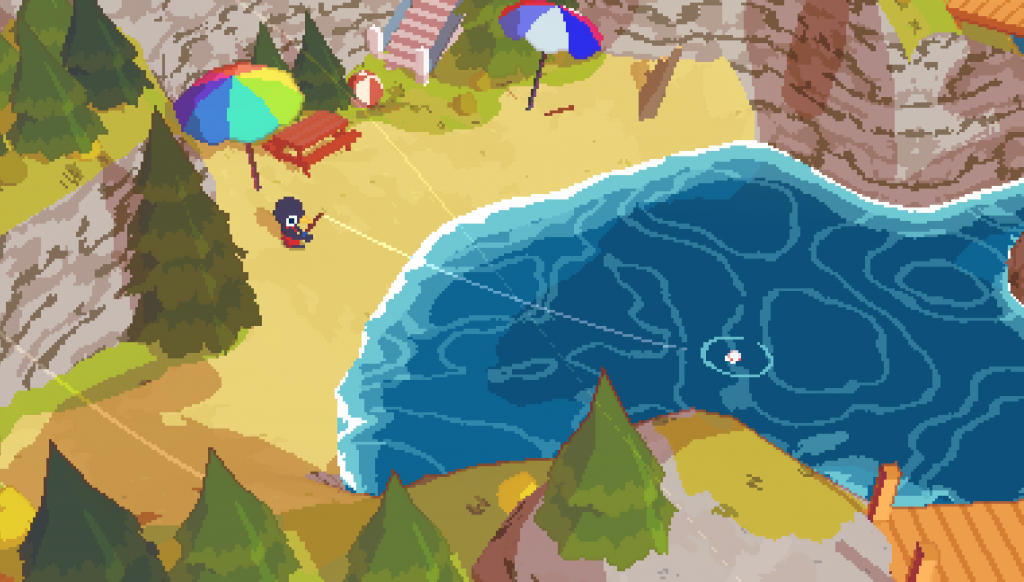 A Short Hike is an easy, relaxing game that allows you to explore the peaceful and beautiful mountainscapes of Hawk Peak Provincial Park. You can follow the marked trails or explore the multiple paths available for you to follow. Each path will lead you to a new trial where there are several different hidden treasures that you can find to reach new heights. There is no rush to reach the summit, and you can hike at your own pace.

There are plenty of things that you can do or even ignore them if you prefer. You can enjoy the scenery of the game by swimming by the lakeshore, fishing by the river banks, or taking a dive off the mountain peaks to view the beauty of the forests. You can also chat with other hikers along your journey and help each other out in your explorations.

The game can be finished off in one hour or take a few days, depending on whether you want to explore everything within the game. It is also backed by a beautiful original soundtrack by Mark Sparling that progresses dynamically as you explore the game. 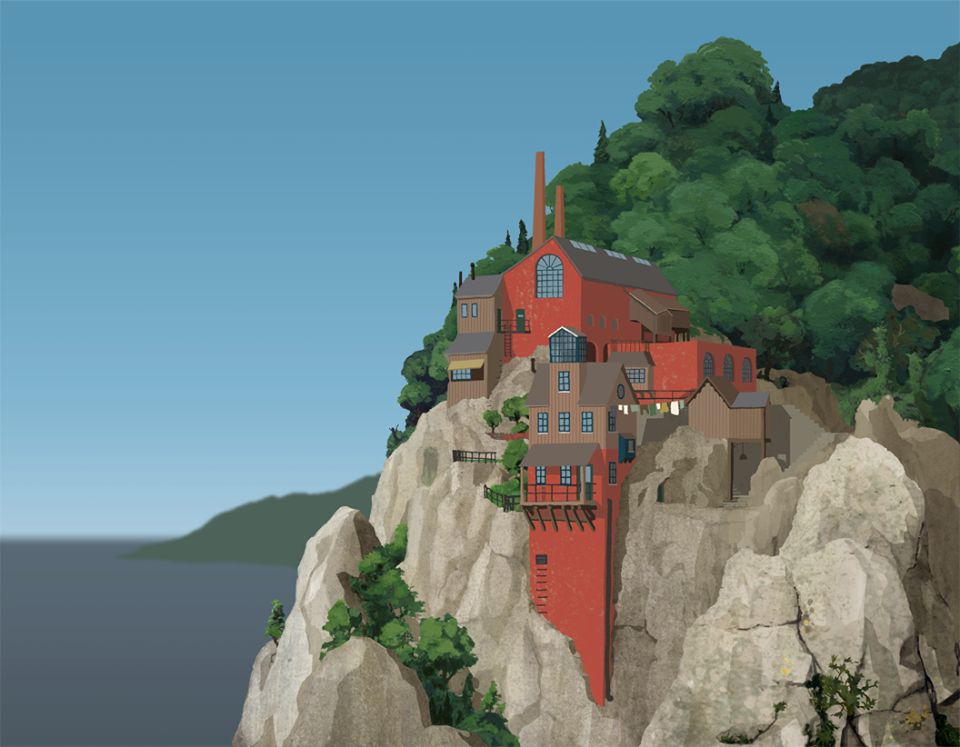 Mutazione is an adventure game that follows the story of a high school girl, Kai, who sets out to the strange and mysterious community of Mutazione to care for Nonno, her ailing grandfather. Kai helps out her grandfather in replanting and tending to the gardens to bring it back to its normal state.

The community was struck by a meteor “Moon Dragon” over 100 years ago, and those who survived began to show strange mutations. As the rescue missions retreated, the townsfolk, who remained, founded this small community of Mutazione.

There are several chapters in the game, and you’ll get access to new gardens as you unlock each chapter. The chapters are split into various periods – morning, afternoon, and night. Over the course of the game, you are free to explore the island, talk to villagers, and find different seeds that you can use in the gardens. You can skip the conversations with other mutants in the game but get to know the story better if you read them through as the game is more focused on character narratives. You will learn about the terrible trauma and painful memories that each character tries to hide with their best intentions through these conversations.

At first glance, Mutazione appears as a relaxing narrative game about planting and gardening. But as the game progresses, you realize that it’s more of a juicy soap opera, where sometimes it’s melancholic, and sometimes it brings you joy.

Mutazione is not action-packed or energetic; rather, it is a peaceful and soothing escape to another world that you can play at your own pace. If you are looking for a game to relax and enjoy peacefully orchestrated music and incredible ambiance, this game is for you.

If you do not have the Epic Games Store on your PC, now would be a good time to start. There are a number of free games released every week, so keep checking in with us to see what’s the hottest games in the store right now and what’s coming in the future.