by Joel Couture
in News
0

Five Nights at Freddy’s has been blowing up online lately. The simple, straightforward gameplay mechanics and frightening animatronics just seem to be resonating with people, myself included. Dodging the creatures and staying alive until morning isn’t as easy as it looks, as many, many, many videos on YouTube will tell you right now. It’s truly amazing stuff, making for a wonderfully creepy horror game. Still, how did it’s developer, Scott Cawthon, weave this evil magic? IGM spoke to him a bit about how he’d done it, and while he wouldn’t unveil all of his secrets, he spoke about some of his thoughts and the design work that went into Five Nights at Freddy’s.

Indie Game Magazine: How are you feeling about the game’s reception?

Scott: Awesome. As a game designer there’s nothing more satisfying than seeing people enjoy something you’ve made (and scaring the crap out of them of course.) It’s a simple pleasure in life when you can launch someone out of a chair and it’s all captured on youtube.

Scott: I wanted it to be accessible. Plus I’m trying to be fair- I mean, it’s not a very long game.

IGM: Where did the idea for the game come from? Why scary animatronics?

Scott: I’d made a family friendly game about a beaver before this, but when I tried to put it online it got torn apart by a few prominent reviewers. People said that the main character looked like a scary animatronic animal. I was heartbroken and was ready to give up on game-making. Then one night something just snapped in me, and I thought to myself – I bet I can make something a lot scarier than that.. 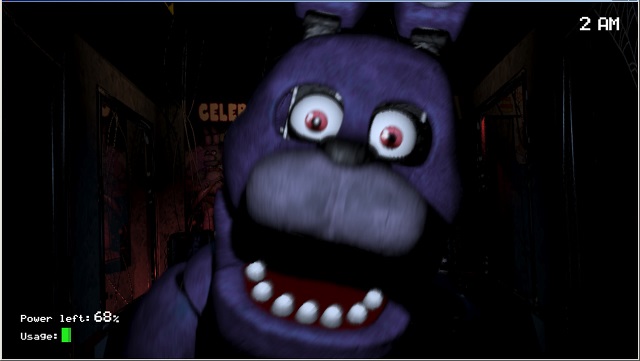 IGM: It’s rare that you see the animatronics move. What prompted that decision?

Scott: That’s one of the things that makes these “creatures” so scary in real life. If you’ve ever been to an animatronic show at a theme park or a restaurant, they can be creepy when they move, sure. But it’s when they are turned off that the veil is lifted, and you realize that they were never alive. They are, and always have been, dead.

IGM: Why the security camera interface? What thoughts went into making it work well?

IGM: The game provides a lot of tension before things start to really happen. How hard was it to create that tension? What thoughts went into it?

Scott: Providing a false sense of security is essential for a good scare. People will be ready for anything when they first begin, but after a few minutes they let their guard down and get a little closer to the screen. That’s when you move in. 😉 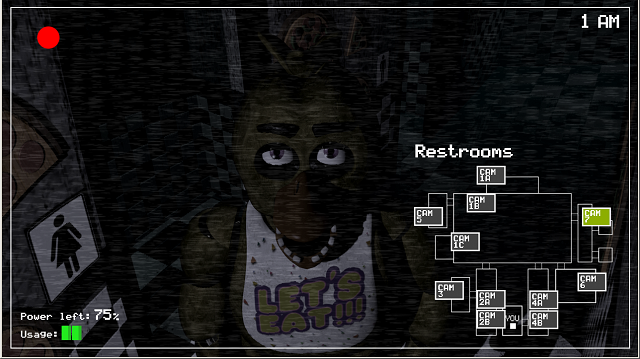 IGM: The power system makes this game quite stressful. What prompted the idea for this mechanic?

Scott: Because it forces players to leave the doors open even when they know that there are terrible things outside. It just seemed like a good idea!

IGM: The mechanics are quite straightforward. Was it hard to get the game to be everything you wanted with the interface? To create challenge?

Scott: If there’s one thing I think I’ve finally gotten good at over the years it’s balance. It takes a lot of practice, patience, and testing, to truly balance a game’s mechanics and gameplay. You have to look ahead at ways players might exploit mechanics and what loopholes they may find. Each element of this game has a specific role in that balance.

As far as simplicity, I wanted to keep the game simple enough so that anyone from any country (without needing to read or speak English) could pick up the game and learn to play it within a few minutes. I wanted it to be about the experience, not endless tutorials on how to play. 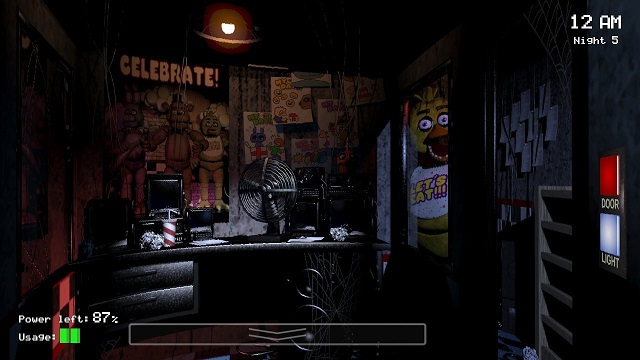 IGM: How complex was this game to program? How long were you working on it? How was working on it all by yourself?

Scott: I spend about six months making Five Nights at Freddy’s. It was certainly challenging, especially balancing the gameplay as mentioned above. And yes it was just me working on it. If there is any game genre that really demands being alone and isolated when you make it, it’s the horror genre.

IGM: What do you plan on working on next? 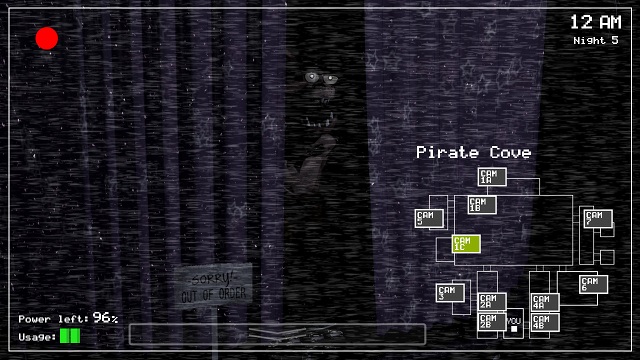 IGM would like to thank Scott for talking to us about his game, and remind you all that you could be scaring yourself silly with the game for only $4.99 right now. Come on, you know it would be fun to try and survive Five Nights at Freddy’s.

Fiction writer, indie lover, and horror game fanatic. If it's strange, personal, terrifying, or a combination thereof, he wants to play it.