Red Lantern is a survival game set in the Alaskan wilderness. This is a game that falls under the rogue-lite genre. A rogue-lite game is one that borrows elements from rogue-like games with more complex visuals with lesser strategy. Red Lantern is a narrative game with rogue-lite elements. The game involves a central character with sled dogs who needs to survive with the help of the dogs. It is a game revolving around the relationship between man and dogs. It is not just about the relationship but also involves violence where you need to kill to survive.

This game stars Ashly Burch, who lends the voice-over for the main character. The game trailer has been released, and gamers appreciated it. The game was originally planned to be released in 2019, but it didn’t happen. The release has been postponed to 2020. Apart from the trailer, nothing else is known. It is expected that more information may be released. The game comes from Timberline studio, an LA-based indie company.

The main character is in Alaska and has five sled dogs. It is a survival game where the objective is to find food and survive in the inhospitable territory. Being in the wilderness means there are many risks. Bears are one of them. This is not a relaxing game but involves danger at every corner. Bears can attack and kill your dogs. They are one of the various dangers you will encounter in the snow-laden forests and mountains. You need to be alert and watch out for dangers and save yourself, as well as your dogs.

This is a survival game and uses a narrative mode where the character needs to talk with the dogs. Not all dogs are pets who like petting. These are wild dogs, and some of them may not be friendly very fast. You need to win over the dogs and make them work with you so that you can survive. You have med packs in the game that can heal injuries. These med packs are valuable, and if you lose them, you are in big trouble. The game involves struggles and working with a team of dogs to stay alive. 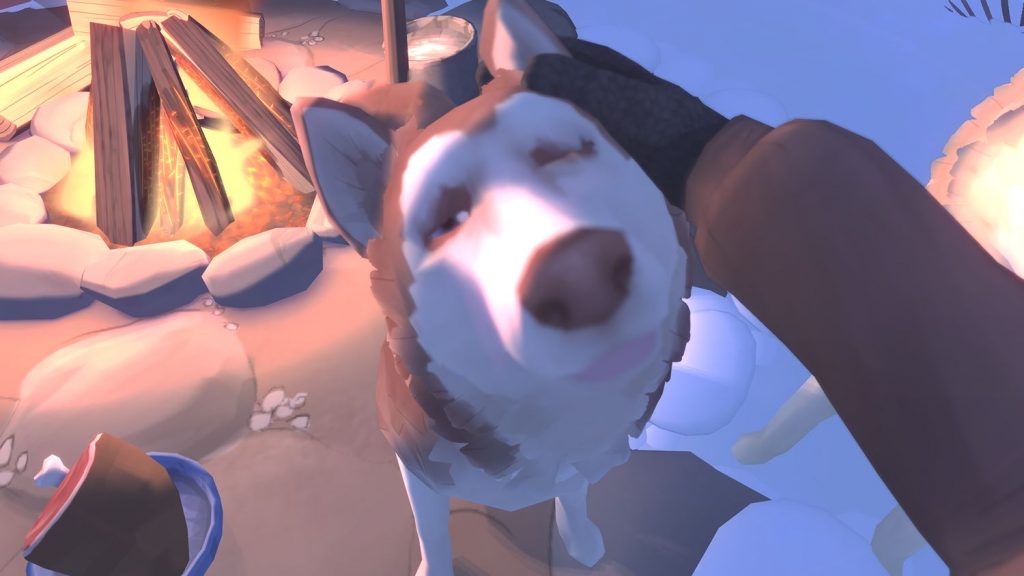 The game developers have highlighted the narrative aspect of the game and expect it to be a key feature. The game proceeds as per the central narrative. There would, however, be branches to the narratives, making it more dynamic and exciting. This is a struggle to survive, and you don’t know what you will encounter. This brings more interest to the game. The character’s interaction with the environment is a key gameplay element. When you have dogs, they expect to be petted and want belly rubs. Some dogs love to be petted; others may not. You need to handle your dogs well.

You will come across many animals. You need to make decisions about whether the animals pose a risk to you. Fast action is the key as most animals are quick, and delay can be costly. You must remember that you need food and you have to kill for food. There are elements of cruelty in the game; through the violence, it makes you understand how cruel life can be in such inhospitable territories. There is a dark humor element in the game that makes the gameplay interesting. It is an interesting game to look forward to.

The following features are what gamers can expect from Red Lantern: