What to Look Forward to in Temtem?

Step up your interactive online gaming life with this newly released game called Temtem. This Pokèmon-inspired game comes from the Spain-based developer, Crema. It was launched in January 2020. Humble Bundle is the publisher. Although this game has been released under Early Access, it is taking over the gaming industry; millions of copies of the game have already been sold. Get yourself a copy of this game on Steam and play as it develops.

What is this newly created game, Temtem?

Temtem is an MMO creature-collecting role-playing game like Pokèmon. It has islands to explore, finding Temtems to tame, chat, and trade with online players, and combating with other players to become the best tamer in the Airborne Archipelago. You can customize your tamer with different options offered and start the story-driven journey with the help of Temtem’s game system that will connect you with other players. Although this game’s specifically designed as a multiplayer game, you can either play alone or with other players.

Why has Temtem taken over the MMORPG gaming world?

With Pokèmon being a popular RPG and known all over the world, Temtem took a step further with its amazing graphics and gameplay. With the multiplayer feature available, the battles and combats between players are very challenging and interesting. With millions of Pokèmon gamers waiting with anticipation of its release, the popularity of Temtem rose to a high level, making it to the list of most popular 2020 MMORPG games.

This massively multiplayer online role-playing game is packed with lots of features, with a length of 20 hours of gameplay. Let’s take a look at the features.

Temtem is based on story mode where you will explore the six islands of Airborne Archipelago, search and capture Temtems, decorate your base, trade and chat with other players, and compete with each other to determine the best Temtem tamer.

There are more than 70 Temtems in this Early Access version to find and tame. Each Temtem has its own strength and weakness, so you’ll need to explore the whole Airborne Archipelago to find the rarest and best Temtems.

This MMORPG game will give you an enjoyable interactive and social experience with the multiplayer feature.

Each player will have their own house that can be decorated and maintained by purchasing furniture and other items.

Compete against other players with your Temtems to gain points and to become the best Temtem tamer. 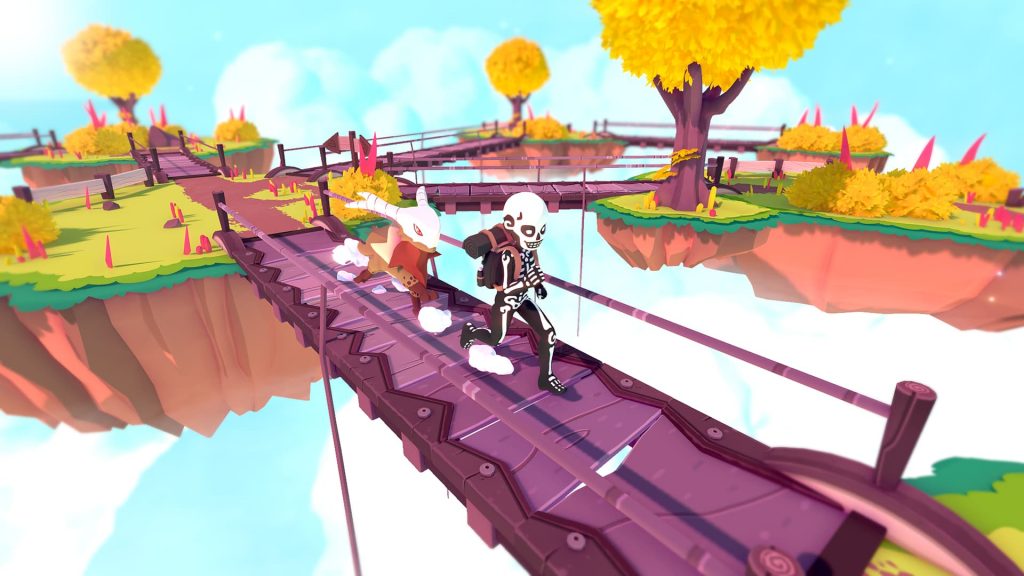 Since its an Early Access version, you’ll only have the first three islands to explore with more than 70 Temtems to capture. The game is based on a technological world where TemCards are used for taming and battling. Before the game starts, you will customize your character with dozens of options available. As you begin your adventure, you will be granted your own Temtem and leave the town of Zadar to start exploring the world of Archipelago with many challenges on the way. You will begin from the beach of Deniz and unlock other levels and find untamed Temtems on the islands of Arbury and Omninesia. When you come across a Temtem, you will use the TemCard to tame. After you capture Temtems, you will learn how to train and tame them to use it for battling and other challenges.

Temtem has a range of levels where points will be granted with each new level. Temtem battles involve two Temtems each by selecting four techniques to battle against your opponent. Your Temtems will grow under your care and will learn new techniques as the level goes up. Watch the official launch trailer of this MMORPG game and check out the amazing graphics.

New features will keep on developing as you play. The full version will have new features and content with the complete story. The full version will have new islands and Temtems. There would also be ranked matchmaking, in-game tournaments, and an arcade bar. Other exciting features like spectator mode, club management, and housing will be implemented. You’ll get to join clubs and put up banners, manage your own house by decorating. It has been announced to be released on Nintendo Switch, so you should stay tuned for updates and news.