Nioh 2 releasing on PlayStation in March, 2020

The violent feudal lands of Sengoku era Japan is set as the backdrop for this action and role playing game by Team Ninja developers. Slaying with katanas has just gotten a whole lot thrilling and amazing. You play the role of a half human and half supernatural Yokai warrior. The gameplay of Nioh 2 is extremely brutal in the sense of the legendary and mythical fights and high speed action sequences. As you metamorphosize into the Yokai warrior side, you enter the Dark Realm where everything simply gets more brutal than ever before. Will you be able to slay the monstrous demons or will you fall prey to their power and abilities?

The entire japanese world is plagued with grotesque and killer fighters ready to chop your head off in a second without thinking twice. It is up to you to reach into your inner dark realms and fight them by becoming tough as nails. Defying your mortality is the only option you have left. You cannot sit and wait around for miracles to happen. You will have to take the leap of faith and do what is daring; do what is courageous.

When your human side is not powerful enough to slay the demons in your reality, you have no other choice but to bring out the half Yokai warrior that is peacefully waiting to be unleashed. Once out, you become capable of supernatural and paranormal abilities. You start slaying demons left and right. You can be killed at any moment. Thus, it is important for you to keep your eyes peeled out for every threat that may be hiding in the shadows ready to pounce at you at any time.

Nioh 2 is more diabolical and fast paced than before

Nioh 2 is a little more complicated from a technical point of view. It has more controls and abilities to take care of. You have the original ability to unleash pure damage on your opponent. The blow is felt immediately after you land the attack and your enemy gets a little bit weaker with every attack. Nioh 2 also enables a capability where you cannot just land blows after blows on your enemy but also hurl projectile weapons at them while you are already in the middle of a solid attack. Now, you can somersault in the air, while throwing a dagger through the air that hits your enemy in the chest, and then land and blow a heavy physical attack on them. This adds to the intensity of every attack that you carry out thus enhancing your gaming experience and making the gameplay more exciting than ever.

Coordinating these attacks simultaneously is necessary and tricky. You will need to get a hand on the game before you can carry out these multiple attacks seamlessly. While all these actions take place while you are still in the human samurai mode, there is another event happening side by side which enhances your powers and abilities. As and when you land blows on your enemies and kill them, your Yokai meter keeps filling up. Once you have maxed it out, you can then tap into your inner demon, the Yokai Warrior, and get him to come out. Once in the form of the Yokai, you gain an arsenal of new and improved lethal abilities.

While in the Yokai mode, you will not be able to play in it forever. Your health gauge will keep falling and once your energy is depleted, you shift back into human mode. However, you can extend the Yokai mode by continuing to fight and increasing your energy. The introduction of two fighting modes in Nioh 2 is a brand new feature and it is done so in a very unique way too. Switching between human mode and Yokai mode adds thrill and engagement to the gameplay. You are constantly left amazed at how much damage you can inflict upon your enemies and what wonderful ways you have of doing so. 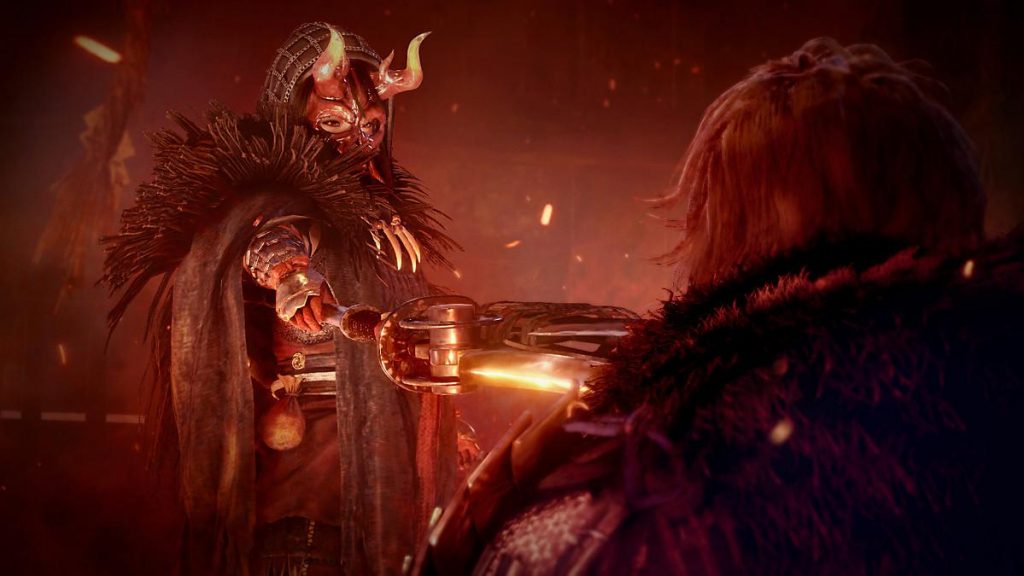 The Yokai mode in Nioh 2 is something that has got players worldwide going crazy. They want to feel the thrill of entering a beast mode to kill enemy beasts. The Yokai mode is also powerful since it does not just give you a whole lot of power but also unlocks new weapons and abilities that can kill and suck souls within seconds.

What are you waiting for? Nioh 2 is coming to PlayStation in March, 2020. Get your hands on it and with a host of traditional Japanese weapons and supernatural abilities, get into the samurai mode and truly feel the thrill of slaying your enemies without any automatic machine guns and grenades.