by Ryan Brown
in Reviews
0

FromSoftware’s new Japanese brilliance, Sekiro: Shadows Die Twice, is both a joy and an agony to play. One minute you are piercing your enemy’s heart with your samurai sword, while the next minute a bull the size of a school bus charges through the wall you have been using as a cover, and you are dead in under fifteen seconds. Such is the brilliance of this game. You won’t know what in the brilliant 16th century Japan hit you!

You cannot afford to lapse your concentration- a few blows from your enemy, and you are dead. Stronger characters can knock you out with even a single hit. From the creators of Bloodborne and Dark Souls, Sekiro: Shadows Die Twice is a brilliant and demanding action game taking on a fantastical twist to Japanese ninja mythology.

The game demands solid aggression and quick-witted decisions in the frame of a mini second. If you do not think quick and attack quicker, death is your only friend. The game is brutal and notoriously difficult. After all, it’s a mythical Japanese ninja story; why wouldn’t it be tough as nails? Would you be able to harness the power of mysterious techniques and win your way to vengeance and glory? Only time will tell. 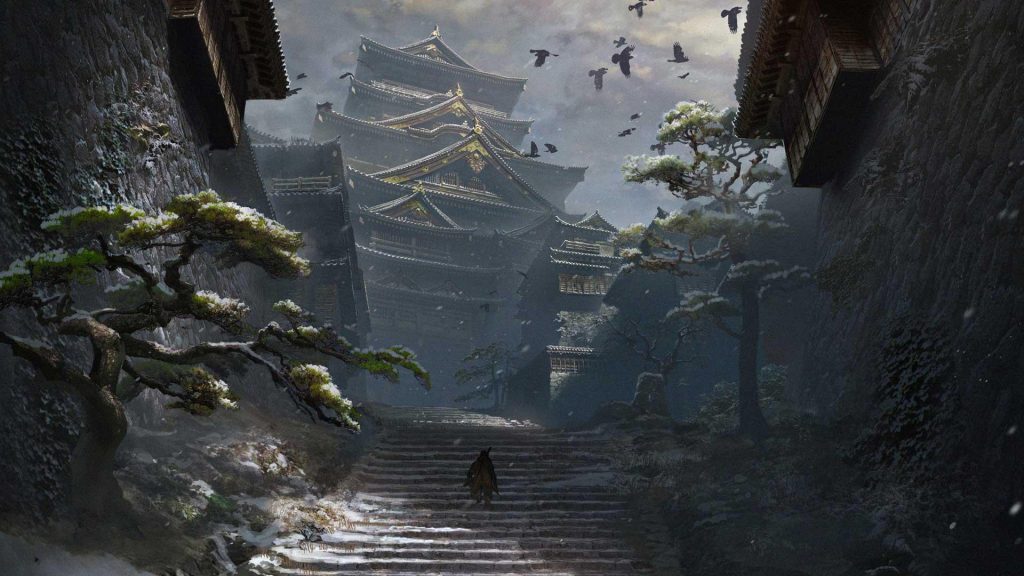 The uncompromising loyalty to protect the ancient bloodline

Sekiro: Shadows Die Twice follows the story of a young ‘one-armed wolf’ who is sworn by loyalty to protect a young lord of ancient heritage. You play the character of this wolf. You have been disgraced and disfigured. And when the only little lord you need to protect is abducted by the ancient bloodline’s savage enemies, you put everything on the line to protect the young lord and bring back the honor to your name.

Bloody confrontations and vicious combats become your daily routine. In the dark and twisted backdrop of 16th-century Japan, you must make use of your prosthetic tools and ninja abilities to seek vengeance and honor. Every blow from your enemy is almost impossible to avoid. You must use your weapons and powers to face them head-on and overpower them.

Sneaking upon patrolling guards in the depth of the night, having short cloudy conversations with dying samurais, catching glimpses of a flaming castle on a secluded hilltop, fighting-off powerful ninjas triple your size, are elemental in this game. The entire game is a constant conflict between life and death. The only occasional comfort you receive is on your way through dingy dungeons and downtrodden paths where you happen to fall upon friendly faces.

The game is laced with multiple blood-drenched scenes of fights with shinobi hunters, generals on horsebacks, and corrupted monks. The gameplay is a solid graphic pleasure with a steel-cutting soundtrack, impressive graphics, and characters’ Japanese accents hitting on point. Even the most subtle movements of your weapons bring about visual effects in the air surrounding you. 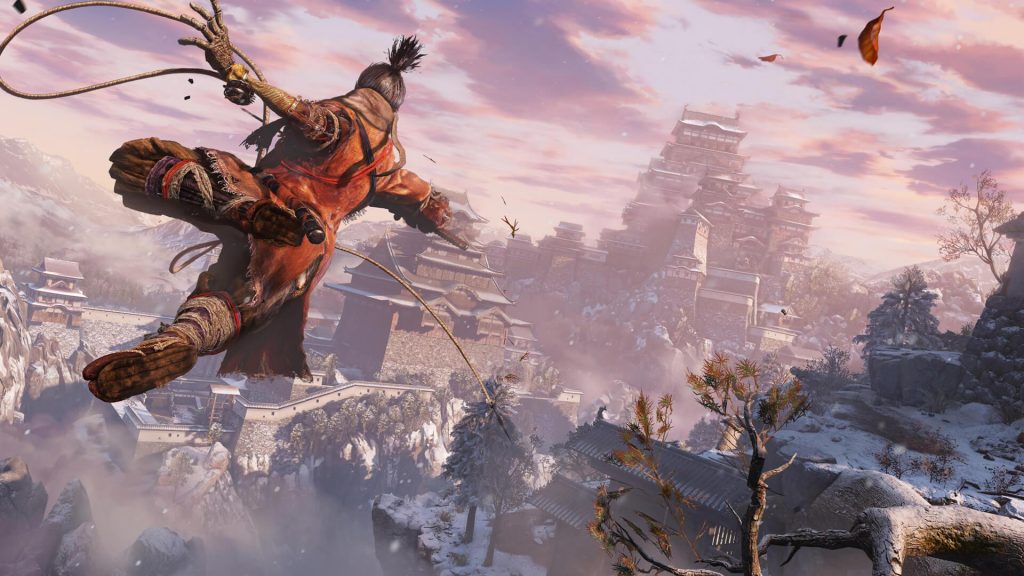 Stay strong in not just vitality but posture too

The combat system in Sekiro: Shadows Die Twice is heavily built upon two components – vitality and posture. While vitality is the traditional health bar you see in almost all games featuring combat fights to indicate how much health you have left to fight, Sekiro also features a secondary health parameter called posture. If you block an attack from your vicious enemies or one of your attacks is deflected, the posture bar starts to deplete.

If either bar hits zero, a single blow will kill you. The same goes for your enemy. This is a clever trick to get you to play more offensively and with added aggression. You play by making more aggressive moves, thus trying your best to not having to block attacks and getting the least of your attacks deflected from the enemy.

While this game is all about ‘kill or get killed,’ there are several instances where you might think you are dead, but not really. An enemy could throw you off a cliff, and you could still survive the fall owing to the river flowing below. Your enemy would think you are lying dead on the ground, but you could choose to resurrect yourself and stab the enemy when they least suspect it. However, this resurrection option is pretty limited. What’s the thrill of doing so every time you die anyway?

This game is a tightly locked treasure chest of secrets and power. Only if you hit hard enough and often will you be able to find what is truly inside.

Will you be able to fight your way through killer paths, save the young lord, win back your honor, and protect the ancient bloodline? Or will you fall thin under the agony and misery and die in disgrace?