Homescapes – An Insight into Why Casual Games are Adding Guild Mechanics

Guilds are a very important part of video games. So far, guilds have been predominantly used in hardcore video games. Casual games that are directed at mass-market audiences and which are quite straightforward in their gameplay, did not have guilds or guild mechanics.

But the question remains why. How are guilds adding value to casual games, and why are casual gamers so in love with the idea of guilds?

Home improvements become better when you have a team

One of the biggest casual games of 2019 also takes credit for introducing guilds and guild mechanics into its gameplay. The game – Homescapes by Russia-headquartered developer Playrix – has been seeing a massive increase in players, and is today one of the most downloaded games in the world (seven million downloads to be exact). It has already generated over $1 billion in revenue for Playrix and is expected to gross even higher in 2020.

The objective of the game is very simple. Help Austin the butler renovate and remodel his childhood mansion (which is in shambles) by matching 3-piece puzzles and getting points. The more points and rewards you earn, the more money you have to buy the decorations and materials you need to bring the dilapidated building back to order. Once you’ve restored a particular section/room of the house, you are bumped up into the next level, and you get to enter new rooms, solve new home decorating & refurbishing challenges, and unlock massive chests filled with goodies and gifts.

Homescapes follows in the footsteps of its predecessor Gardenscapes, where players had to completely redesign the garden. Just like its sibling, Homescapes has now begun to support guilds and team-player scenarios. Players can group up together and form guilds and work to get a variety of rewards. But this is possible only once the player reaches Level 36. Up until then, it’s a single-player game.

Once you join a guild on Homescapes, you and your team need to cooperate in refurbishing your crumbling mansion. All the points earned by the entire team are poured into a communal pool/pot. Once this pool/pot is filled up, the guild gets a chest filled with amazing rewards in the form of soft money, decorations, power-ups, and more.

Why casual games like Homescapes are going the guild way

Even today, a large part of the casual gaming world focuses on solo player games. Guilds are relatively uncommon (as we’ve mentioned above, only 40% of US’s Top 100 casual games). Yet, they are picking up strength, and it’s expected that by the end of 2020, most casual games will support guild features.

But why are mass market and casual video game developers (like Playrix) are heading the guild way? Here are five reasons that may answer this question:

Guilds in a video game help gamers to find an outlet for their socialization needs. They are an excellent platform to get to meet people from around the world and also forge long-lasting friendships.

Guild members can engage in both casual discussions and also talk about game strategies. If players are experiencing any problems with the game, their fellow guild members do a much better job providing advice and technical support than any actual game development team.

All of this makes the game a more enjoyable experience. 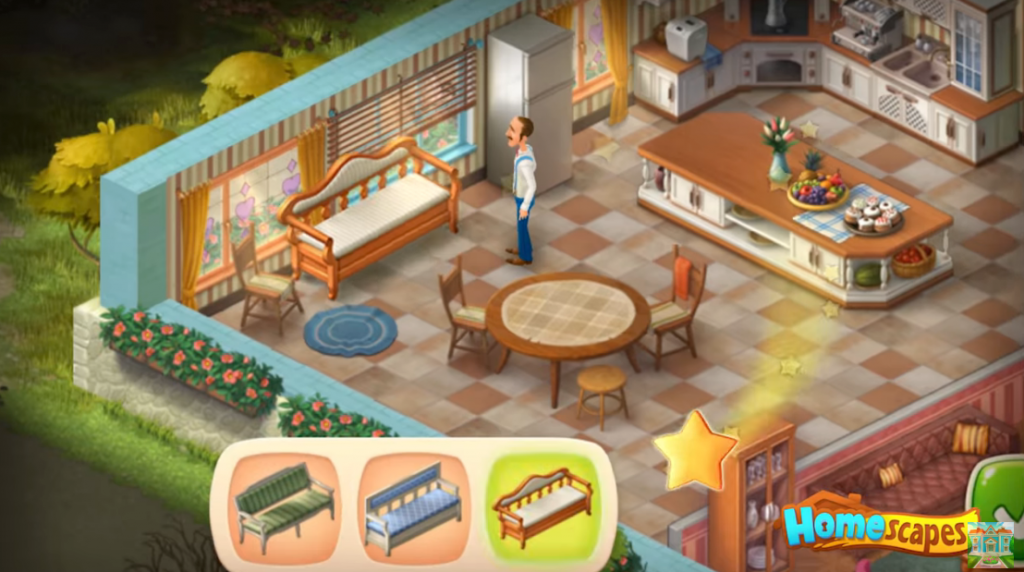 Casual games are pretty simple in their storylines and gameplay. While they are enjoyable, many aren’t as intellectually stimulating as complex games. One of the reasons is the lack of an external stimulus in the form of another player.

There are millions of video game options available for players today. The lack of stimulation may lead to a loss in players for game developers. When guild features and mechanics are incorporated in a casual game, the entire playing field becomes more competitive and challenging. Without cooperation between members, there is no way the entire guild can proceed further in the game. This adds to the appeal and value of the entire game.

Additionally, guild dynamics and guild mechanics help with character advancement as well, allowing players to acquire new skills and expertise because of their exposure to new storylines and challenges.

One of the key features of casual games is the homogeneity it offers in the gaming experience. There is no way for players to use their unique expertise and gaming skills to make the game more personalized. This can make the game boring for many players.

When a casual game incorporates guilds into the game, it allows players to develop their guild mechanics and pursue their unique goals. Take the example of Homescapes. Once players form a guild, they can focus on the goals they want – they can work towards finishing levels faster, they can focus on getting the best powerups, they can compete with other teams in tournaments and outdo them….the sky is the limit.

All of these are not possible without the presence of guild mechanics.

Guilds, guild dynamics, and guild mechanics make the games more people-centric. They transform the game into a living community. This community inspires greater loyalty (towards the game) in players.

For casual games, which are by definition for the general population, it is extremely hard to generate loyalty or long-standing love for the game. Purchasers may just play one time and then never try their hand at the game. Or they may not engage with the game’s new developments or try the developer’s new products.

Including guilds in casual games will reduce this gap between the game and the player and will build a sense of community. 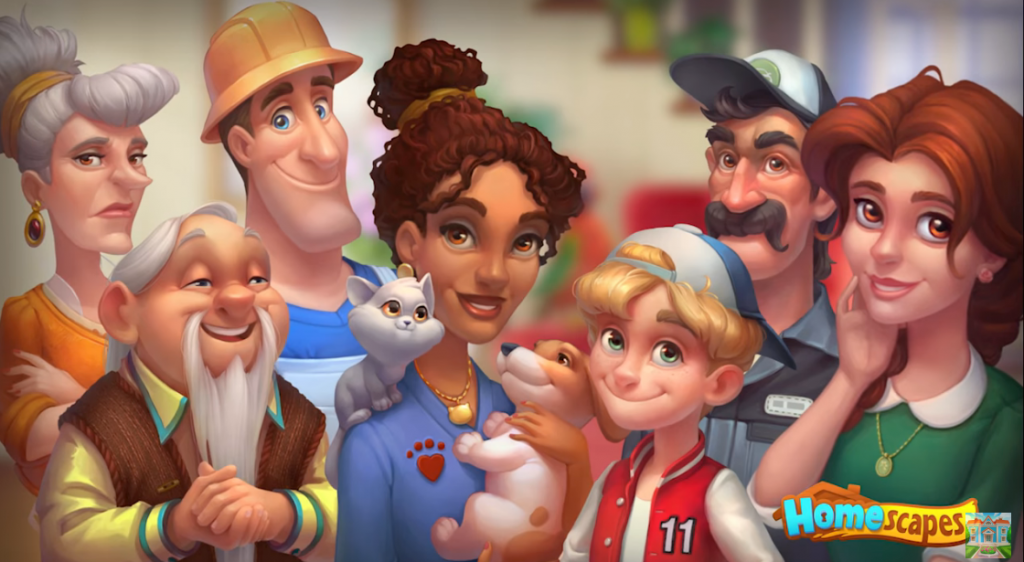 Finally, the objective of any video game developer is to make sure that his/her game appeals to players and is purchased often.

Casual games are meant for the masses and are purchased by more number of people. However, this is no guarantee that every player of a casual game will be willing to spend on in-game purchases or be willing to try new versions of the game.

Hardcore gamers, on the other hand, are more likely to devote their time, energy, and resources to the game. Guilds are one feature that hardcore gamers love (for the reasons we’ve discussed above), and incorporating guild features and guild mechanics into the game can make the casual game something of interest to them.

How Homescapes is rolling out its guild features

Homescapes is rolling out its guild features in a 3-step process:

Homescapes is introducing guild chat as the first feature for the game, where players can speak to each other and seek help, instructions, or advice. There is also an option to send/receive coins, retries, lives, and power-ups.

Next, Homescapes will roll-out co-op mechanics for guilds, after a few months. These co-op features involve group challenges, where guild members need to work together to fill their communal pool/pot with points. There is also a Team Chest challenge, where team members work to unlock the chest by successfully performing a group of tasks.

The final stage of the guild features roll-out will see the release of team tournaments. Teams can compete with each other and earn crowns, which allow them to unlock various rewards. All of the rewards and awards will be automatically equally divided between all of the team members.

This feature will roll out almost at the same time as the co-op guild mechanics.

A tip to getting into a guild on Homescapes

Players can join guilds once they reach level 36. So, you can directly try to join a guild by applying for the guilds of your choice. If most of the guilds are too full, you can try another technique and build your own team.

So, go ahead. Guild up and give wings to a completely new Homescapes experience.