A Game of Thrones: Genesis – A Fantasy Strategy Game

Who does not know the Game of Thrones? This game, however, is not based on the popular TV series. It is based on the original novel by George RR Martin – “A Song of Ice and Fire.” The characters and basic storyline are similar to the TV show. Cyanide Studio is the developer of this game. It is a strategy game where you need to use all your wiles to defeat your opponents and lay claim to the famous Iron Throne. This is a fantasy game bringing to life all the characters from Martin’s book.

A Game of Thrones: Genesis (GOT: Genesis) is available in both single-player and multiplayer modes. The game’s central theme is the Kingdom of Westeros and the eight different houses that wish to rule over the kingdom. The game takes you to a period spanning 1000 years right from the founding of the Westeros kingdom to the violent wars to stake claim to the kingdom. The bloody battles of the book are brought to life in this game.

The game is the first-ever game adaptation of the novel. It has been published by Focus Home Interactive, who has released the game for the Microsoft Windows platform. The game was released in North America on the 28th of September 2011. This is an exclusive PC game released for the Windows platform by the game publishers. This is the first of a series of games released based on the GOT motif.

The basic story plot is simple, which is to take control of the Iron Throne and rule the kingdom of Westeros. The game starts with the arrival of the Rhoynars to Westeros under the leadership of their queen Nymeria. The game runs through all the subsequent events and takes you through the 1000-year history of this kingdom. The well-known houses of Stark, Lannister, and Targaryen make their appearance in this game. Those who have read the book or seen the TV show will appreciate the game better.

The game runs through the events from the books. The ending depends on you- the game player. You need to win the Iron Throne and rule. There is one more element in the game, which is that of gaining prestige. There are different ways in which you can gain prestige. The following elements help you gain prestige:

As you complete these elements, you get prestige points. Win more prestige points than the others and take over the Iron Throne. The game has all the eight houses from the book that people know well. These are the houses of Arryn, Baratheon, Lannister, Martell, Targaryen, Tully, Tyrell, and Stark. 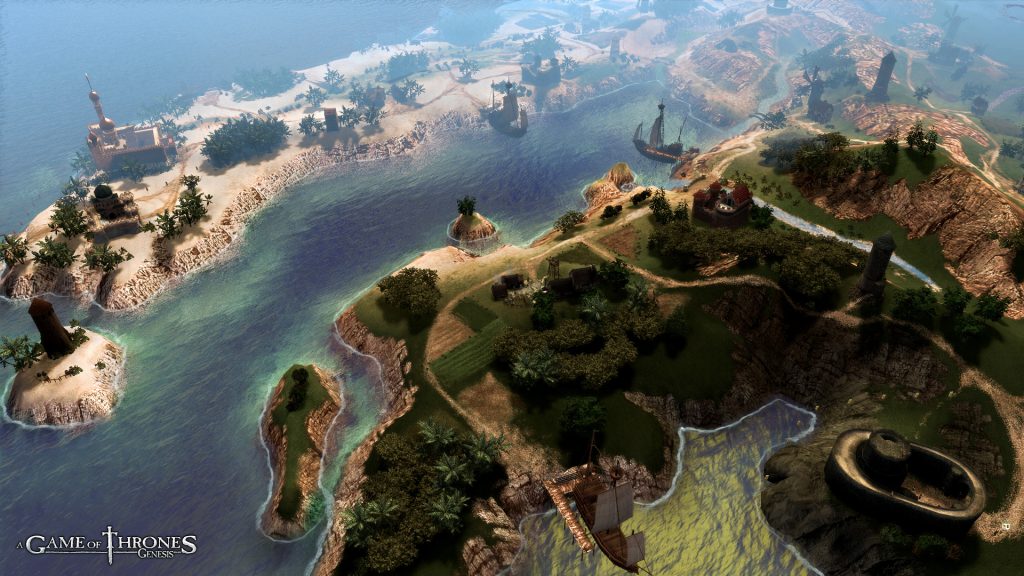 It is important to make alliances in the game. There are envoys who play a key role in this game. The envoys will work to make an alliance for your house with neutral towns. If you have a wife in the town or guards installed, then the enemy cannot break your alliance. However, you must note that opponents can bribe envoys and can ditch you and play a double game. You may keep getting gold from the town, but they may have turned against you and will ditch you when you need them the most.

You can send your spies to find out if your allies have betrayed you. They will track your envoys and your supporters to spot deception. You must remember that even your opponents have spies. Another key game character is the assassin. You can send assassins to eliminate your enemies and take out spies. However, the assassins themselves can be turncoats, in which case, they will give you false reports.

The game is available in two modes. The first mode is the Campaign mode. This is a single-player game mode where there are specific campaigns you need to undertake and complete. The full experience of the GOT story cannot be experienced in this mode. The best way to play this game is through the second mode, which is the Versus mode or the multiplayer mode, where you take on other players. This is the best way to experience the GOT characters and storyline. 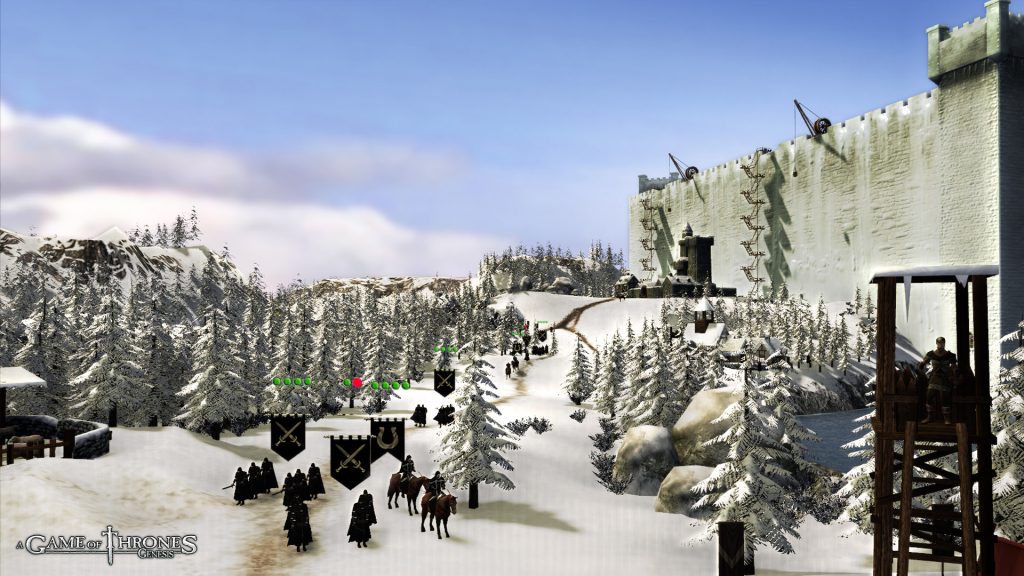 When you play in the Campaign mode, there are specific games that you take up and complete. For instance, the burning of Harrenhal is one campaign that you take up and need to complete. The interesting feature of this mode is that you can pause gameplay and issue orders to your soldiers. The initial chapters are very slow and can tend to make you lose interest. The battles do not do proper justice to the story.

The campaigns are too long, and the AI is not very great. The gameplay is not very fast, and the animation too is not compelling. The clashes are also irksome as there are certain aspects you cannot control. There are situations where your army would be slaughtered while some of your units would stand by watching. The AI does not make units move and fight unless you issue an order. This makes it a bit messy.

The multi-player mode is the best way to play this game. This is when you can enjoy the game at its best. You can take the lead of any of the eight houses and play this game in alliance with others. This is the best part of this game as all the game elements like strategy, deception, diplomacy, and warfare come into play.

When you take over a house to play the game, you will have access to some special game elements. The details of the houses and special elements are as follows:

As mentioned above, you need to gain prestige in different ways. You need to do this faster than the opponents. At the same time, you must keep track of the towns under your control and get gold from them. You must defeat your enemies and keep earning prestige. When you get 100 prestige, you win and get control of the Iron Throne. While this is the basic premise of the gameplay, the actual process has many issues.

There is a lot of micromanagement needed in the game. This can become overwhelming. A good AI would have made this game awesome. The AI is not a positive feature of the game and can make you frustrated at many times. The focus of the game is more on strategies like spying and deception, rather than full-on battles.

The battles are not smooth and may not meet your expectations. You need to find an opponent who matches up to you, else, the multiplayer also may end up being boring. The user interface is again not something a gamer would expect from a fantasy game like this. The graphics and music might be a let-down if you were expecting it to be the same level as that of the TV show. The concept and design of the game are innovative as per the book, but the implementation needed improvement. 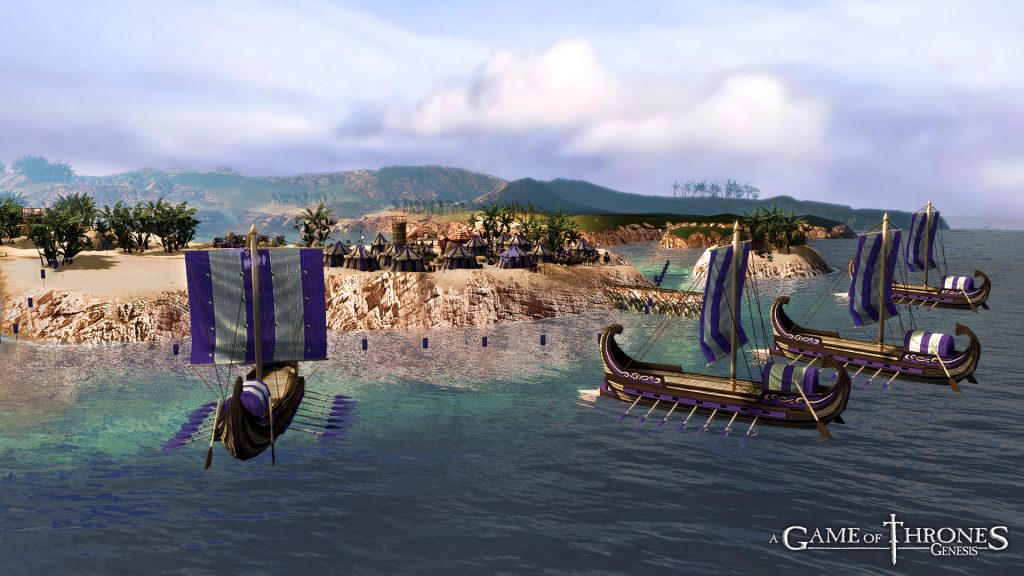 Features of A GOT: Genesis game

Some of the interesting features of this game are:

Game of Thrones: Genesis is an interesting game. Fans of the book and the show can try out this game and bring their favorite houses and characters to life. Play in the multiplayer mode to enjoy the game best.