Graceful Explosion Machine is an old-style arcade game. It is developed by Vertex Pop, who also has published the game. It was initially developed for the Nintendo, and the Microsoft Windows PC version came later. It was released for Windows on the 8th of August 2017. The game is offered in a single-player mode. It is a classic shooter game where your objective is to shoot down your enemies and win the game. This is a shooter game where the gameplay is viewed from a side or horizontal point of view.

Graceful Explosion Machine is the name of the fighter ship that you command while playing this game. You are in your fighter ship and traveling in space. You are lost temporarily and are trying to find your way out. Naturally, there will be enemy ships coming after you. All kinds of aliens are waiting to attack you. The objective of the game is to defeat your opponents or escape their attack and reach home.

There is no plot or storyline to speak of, considering that this an old-style arcade shooter game. The view is from the side, and you can see your ship, the GEM, as you progress along your journey. As you travel through space, there are colorful planets that you will see. Many of these planets have aliens who attack you with their ships and using other types of weapons. You need to avoid getting killed. This can happen by escaping the enemy or just blasting them out of existence.

If you’re wondering how to do this, then do note that you have one of the most stunning jet fighters at your command. Graceful Explosion Machine or GEM is an advanced fighter jet that has an array of weapons that you can use to destroy your enemy. You can move quickly in your jet and evade enemy missiles and hit them back with force. The controls of the weapons are easy, and you can blast away the aliens without too much trouble.

There are four different weapons that you have. You can use any of them to take on the aliens. These weapons include:

With such a repertoire of weapons, you need not worry while playing this game. You can zap your opponent easily. The only thing is to watch out as the aliens are coming hard for you. You must evade their attack and hit them fast. If you are slow, they will hit your ship and damage you. Once damaged, you need to be careful. If you take more hits, you will die, and the game is over. 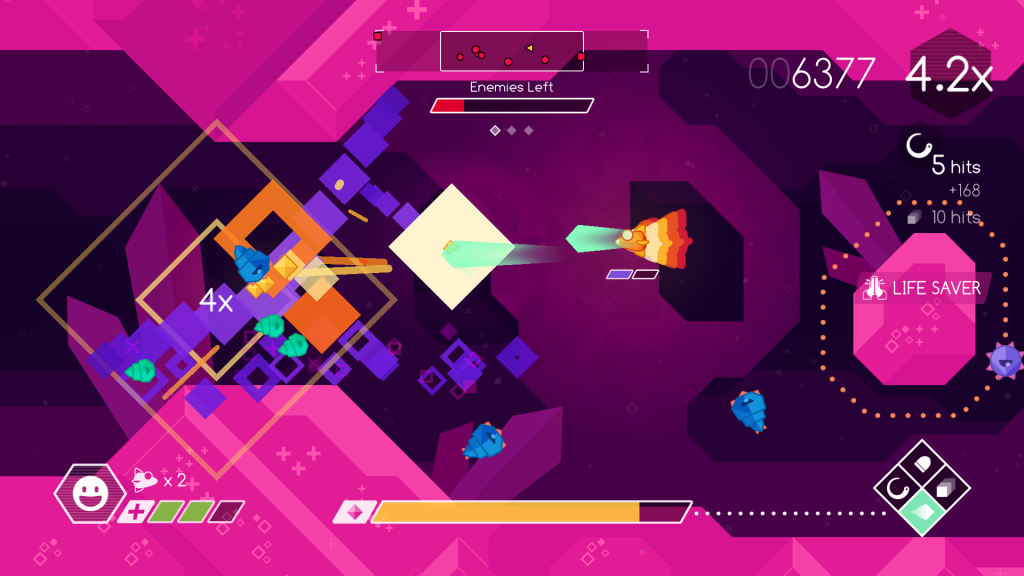 While there are four weapons to use, you don’t get them all immediately. When you go through the tutorial initially, you can get the weapons and learn how to use them. The first weapon is the blaster that can be used to blast opponents. It can get overheated. The second weapon you get to use is the energy sword. This is handy to destroy enemy bullets.

The sniper beams are great to blow the enemy away. These are concentrated beams, and to fire them, you need to move slowly to target the alien ships. The fourth weapon is the missile blaster that allows you to let loose missiles at your enemies. This is like modern missiles; you select a target and fire, and the missile does its work. And yes, if you want to use the weapons, you need energy. Without energy, you are a dead duck.

It is easy picking-up energy in this game. You get it from the enemy ships that you bring down. You need to look for yellow crystals from the alien ships and pick them up quickly to boost your weapon energy. As you pick up crystals, there is a meter that shows how much weapon energy you have. As you shoot, the weapon energy levels get depleted. You need to keep an eye on this as you play the game.

A problem here is that there is no way of knowing how much energy you get from one crystal or how much energy is needed for attacks. Standardizing this could have made the game much more systematic. Energy is needed only for the missile blaster, sniper beam, and energy sword. The standard blaster does not need any energy, and you can keep firing. However, it becomes overheated after some time, and you have to stop.

You need to play through four planets. Within each planet, there are many levels, each one having a different map/layout and different backgrounds to play. There are 30 such levels in the game. Each planet has a warp level. Once you complete this level, you can warp over to the next planet. When you play a level, it has phases. The phases work as the save point of the game.

If you die, you go back to the last phase where you were. You may note that the game follows the baseball rule of three strikes and you are out. If you are hit thrice, you die. As you move ahead in the game, more and more enemies crop up. There are different enemies in the levels, and they come at you faster. The game objective throughout is simple- keep blasting and keep collecting energy. Once you complete all levels, you are home.

There are leaderboards that motivate you to aim for higher scores. These are online boards, and you can see other players across the world and try to match their scores. The visuals are colorful and attractive. It is just right for fans of arcade shooters. The downside of this game is the lack of variety. All levels are similar, the difference being in the number of opponents. The weapons are the same; the gameplay is the same. If you are a gamer who wants something different in each level, you may be disappointed with this game.

If you like playing shooter games and love slamming the enemy and increasing your score, then you will enjoy this game. This is a good game to play to relax and spend some time shooting away to glory. Many reviewers speak about how they love to play this game when they are on the go, traveling to school or work. 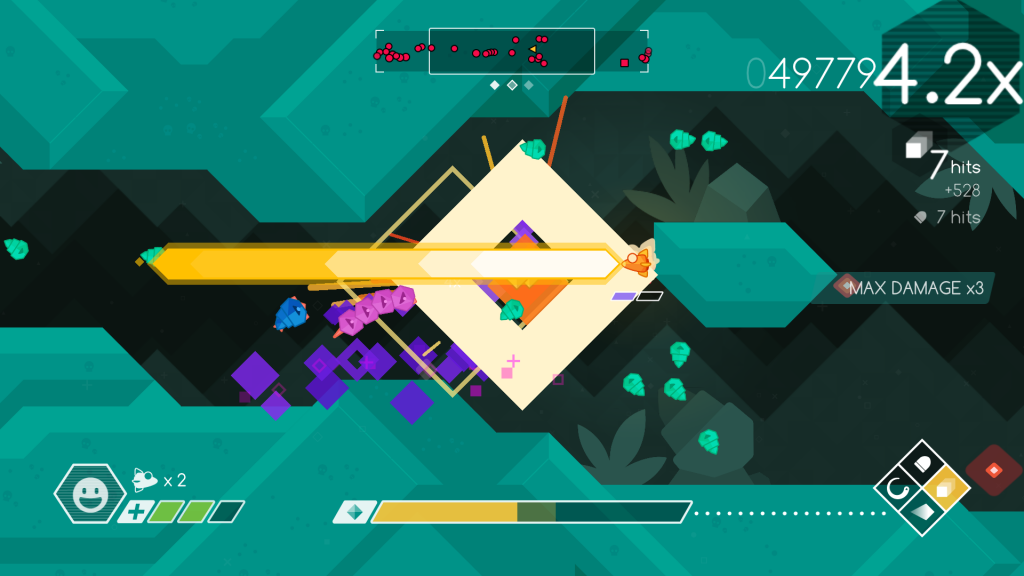 Let’s sum up with the features of this game:

Graceful Explosion Machine is a delight for those who love arcade shooters. It has all the elements that a fan of this genre would love. The multiple levels, cool visuals and soundtrack, and the four different weapons make gameplay a pleasure. This is a game that can be highly addictive. The only downside is that it can be monotonous shooting down enemies all through the way. More enemies or bosses in the game would have created variety.