What Makes Lenna’s Inception Such An Amazing Action-Adventure RPG?

Lenna’s Inception is an action-adventure game with a top-down game perspective. It is an indie game created by Bytten Studio, a UK-based small company. The game was released on 17th January 2020 and is presently available for the PC on Steam and itch.io platforms. The game uses old-style pixel art to create nostalgic moments for veteran gamers. The game will remind you of the classic Legend of Zelda game from which it is clearly inspired. The game pays homage to the classics and has innovative elements.

This is a randomizer game that gives a new life to old classic games that have been enjoyed by many. Those who have played the classic game like Zelda would be immediately attracted to this game. They would feel comfortable playing the game; it brings back old memories. When you play a randomizer game, you start off in a familiar route, and then as you quickly rush through, you realize there are new and interesting elements. This is what Lenna’s Inception is all about.

The game starts in an exciting fashion in a tutorial. As you start playing the game in a dungeon, the hero dies. This is an unexpected start that will jolt you. You are then introduced to the main character, Lenna, who is a tutor who has no option to become the hero and save the kingdom (and the prince) from the clutches of the evil Chairman of the Banker’s Guild. There are eight archangels who are hell-bent on destroying the kingdom.

You need to defeat the eight archangels to win the game. Note that the game has different art styles and has multiple endings that change depending on the gameplay. There are surprises in the story as you proceed ahead in the game. The game uses procedural generation, which means the game layout and items are different each time the game is played, but the basic storyline remains the same.

This game involves dungeon exploration and fights. It is set on an island where there are plenty of dungeons that you need to pass through. You will encounter enemies of different kinds whom you need to vanquish. You need to pick-up items all through and take on the archangels if you want to win. An interesting element is the phone of the dead hero that you (as Lenna) have. The elder talks to you through the phone, offering you guidance, and yes, like the hero, the elder is also dead!

Pick-up items and move through the dungeons. Use arrows and bombs to kill your enemies. You may find potholes blocking your way. Don’t worry; you can jump across. There is also a possibility that as you move along the dungeons, you may reach a dead end. This can be frustrating, but this is part of the randomizer experience. The enemies or bosses are interesting and add a touch of humor to the game. There is a cat that has a TV as its head and a flying doll that throws body parts at you.

Even though it is a randomizer game, not everything is random, as you will find out towards the end of the game. The game has been very cleverly designed. There are innovative elements in the game, and most importantly, there is a very strong storyline. The bosses of the game who fight out, the randomness, the glitches, and the surprising start and multiple endings are what makes this game different.

This is definitely an interesting game and will be enjoyed by all fans of classic dungeon crawl games. You will enjoy the overall experience. Considering the pricing of the game, it is a game that you must play. 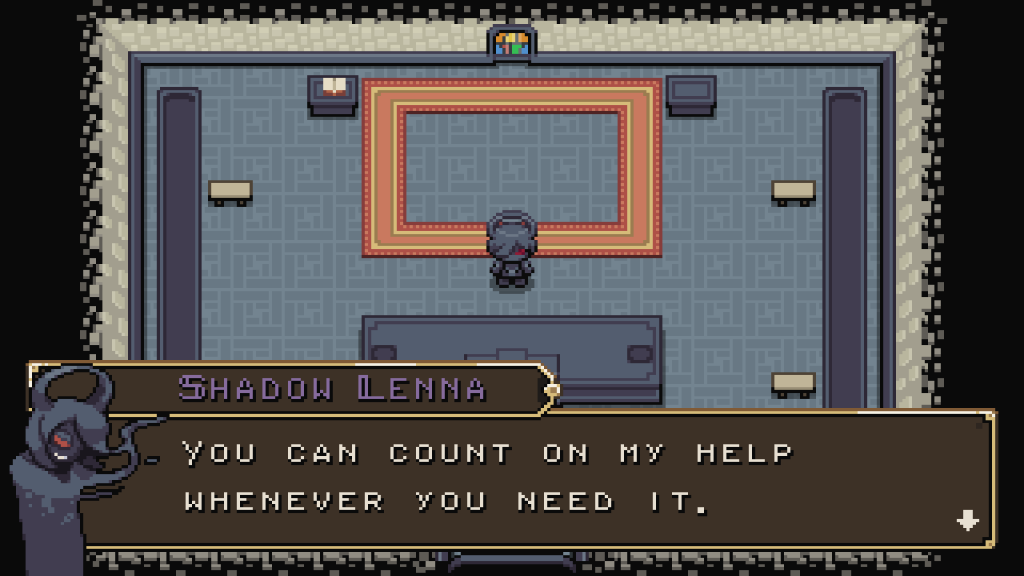 The features of Lenna’s Inception that make it interesting are: