Human: Fall Flat is an intriguing puzzle game based on physics with a plethora of dreamscapes. You have to solve puzzles to escape these dreams using your wit and physics.

Using this guide, you can move past areas where you are stuck and ace the game. 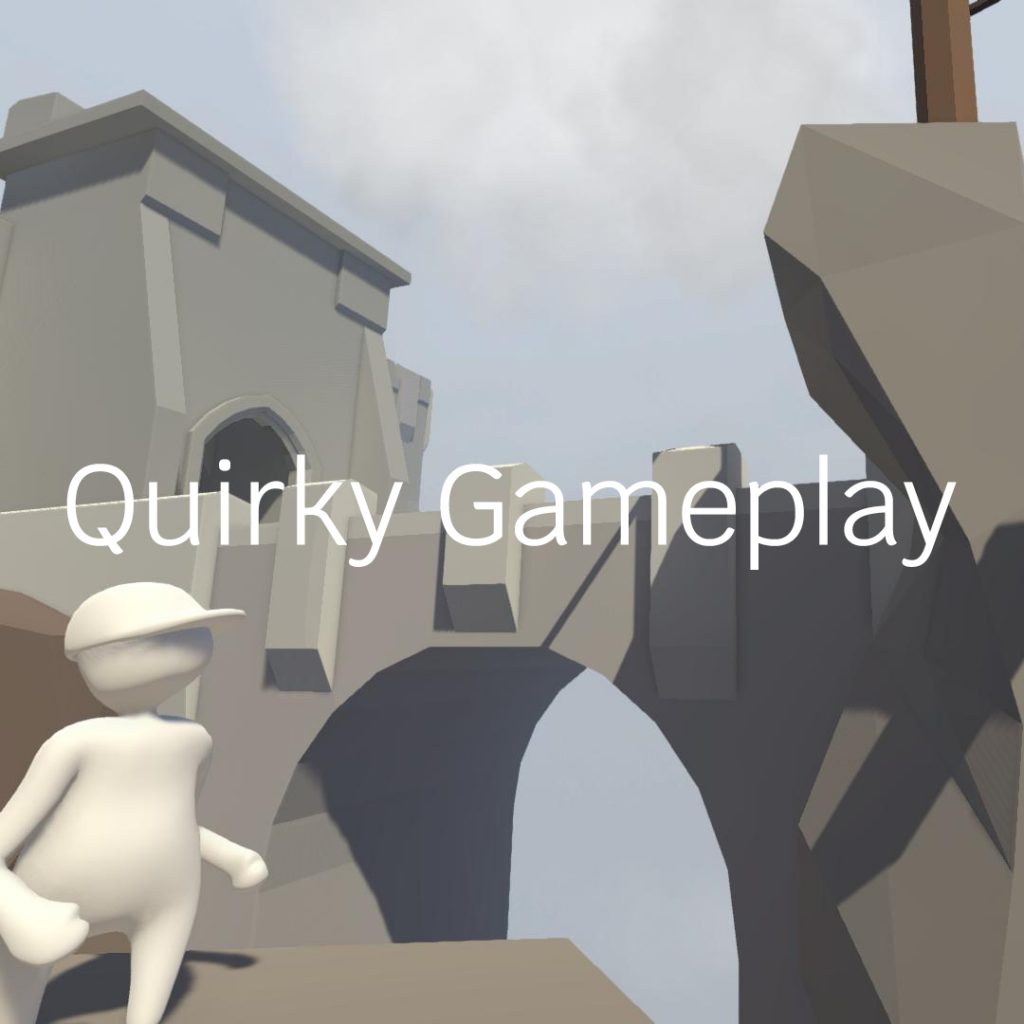 Level 1 is a tutorial that tells you how to play the game. It is not difficult to get through the tutorial. You will find obstacles there that you need to move out of the way. Head to the door by jumping over train cars. The door will take you to the next level.

To keep the doors open, stack boxes against the switches. Get through this level quickly by getting past the first elevator. You now need to move the train in the second room; this will help you bring the box up using the elevator. To open the door, all you have to do is place the box on the train and move it to the left side.

The Canyon Level is very easy to clear. To get through it, climb the rocks and the platforms. Pull the train to the ledge and climb it. Swing the rope like Tarzan and reach the opposite area. Climb the cliff and move on to the next level.

The first thing to do is to grab the extinguisher by smashing the wall, then grab the wrecking ball and move to the other side. Break the wall on the crane’s right side using the same wrecking ball. Jump and use the lever to make a platform. Open the next door by turning on the switch. Break the glass to get to the switch. Pull the beams from underneath the platform until it becomes a ramp.

Character customization in the game

Use one of the beams to keep the door open. Move on to the next room, get to the top, and open the next door. Smash the wall using a boulder and solve the puzzles until you reach the glass floor room.

Finally, get to the top of the platform using the red plank on the forklift. Drop the yellow beam to break the glass. Get to the next level by flipping the lever to open the door.

Wedge the busted lock in the bars using the plank, and then break down the castle walls using the catapult. Once the walls are broken, walk inside and push the cart using the stones to block the stairs.

Climb up and take the stone with you. Once you reach the top of the roof, get to the other side using the lanterns. Open the door and tow the cart to the planks.

You will then reach the segment with a hook; use it to get to the other side. Do not let go of the hook; use it to pull down the plank to create a ramp. Go to the top. Climb the wall.

Move across the bridge and swing using a lantern. Reach the next island using a windmill. Go to the top where you will have to uncover a hole.

Fall from the hole and climb up the rocks and push the boulder down. This will give you a ledger for you to climb. Then, catapult yourself to the bridge and hang on to it; it will drag you down. Shoot yourself through the small hole in the gate with the help of the catapult.

When you reach the level, take the speedboat on the island and reach the top of the mountain. Lift it using a lever and attach the chain to the lift. Press the lever again to break apart the dam. Use the raft to get down from the mountain. Now, the final step is to activate the windmill and enter the speedboat to reach the last level.

When you reach the next door, raise the door using the forklift. If you wish to skip a large part of the game, climb over the wall and drive the truck to the second Power Plant’s parking area. Light the three coal tanks using the torch. Fill the dump truck with coal and take it back to the three tanks and overload it.

The fans will get enough power to blast you to the top of the pillars. Jump across and reach the last pillar. Move inside this pillar, and here you have it! The end of the game!