Toge Productions developed, as well as published the game Coffee Talk. Released in January 2020, the game is available on Steam and other platforms. This is a game where you become a barista making coffee for customers. You spend time talking to your customers, listening to their stories, and trying to understand more about human life. The game does not feature only human customers but customers from a fantasy world as well. There are elves, dwarves, orcs, and other beings who visit your late-night coffee shop.

The game resembles a visual novel, where the stories of different characters unravel in front of you. As they sip coffee and chat, you can share their joy, their painful struggles, and develop a bond with them. Since it is a coffee shop, you need to make coffee and serve it to your customers. You can play this simple game in a relaxed way. The game has a resemblance to VA-11 HALL-A: Cyberpunk Bartender Action, which has a similar theme.

The game is set in the city of Seattle. However, this is not modern-day Seattle but an alternate fantasy world, where the city dwellers include elves, mermaids, and other such beings. Humans and fantasy world creatures live together in the city. They all visit Coffee Talk, a late-night coffee shop, where you are the owner and barista. The game is spread across two weeks, during which time many characters come to your coffee shop to enjoy coffee and conversations. It is a visual novel involving dialog and interaction with characters.

There are a host of common characters who appear in the game. Freya is a key character who is a journalist working for a newspaper. Rachel is a member of a girl band. Neil is an alien who is looking for a mate on Earth. There is an old couple- an elf and a succubus, whose families dislike their relationship. The varied and odd characters are the soul of this game. Each of them has a story, and you listen to their stories and interact with them while making coffee for them. 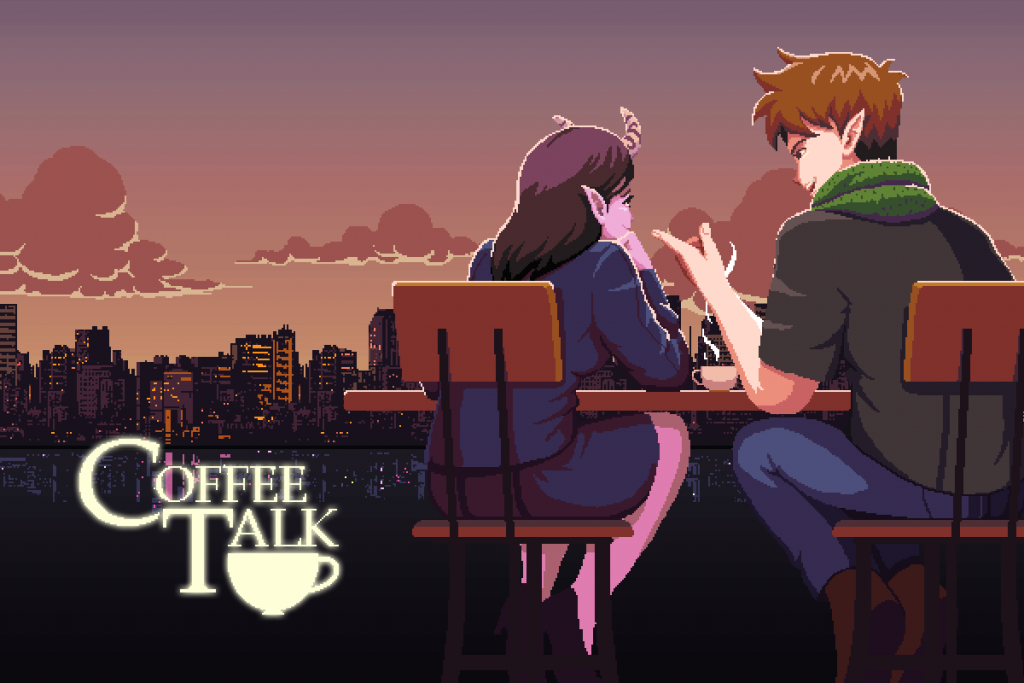 The primary gameplay element is brewing coffee. There is an app within the game that you can use to brew coffee of any type. The ingredients are available. All you need to do is select them and brew. Some of the customers place orders for beverages that are not listed. You need to be innovative and use the ingredients you have to prepare them. Interestingly, the coffee/beverage ordered has a relationship with the character’s stories. If you serve the coffee well, they share more of their story, else, they may leave early.

You are more of a therapist than a coffee shop owner in this game. The coffee is just an excuse for patrons to share their stories and have someone listen to them. Customers also interact with each other and even fight when they disagree. You can even view the social media pages of your customers to know more about them. There are various topics like racism, overprotective parents, perils of the showbiz industry, and other such issues that come up in the game. 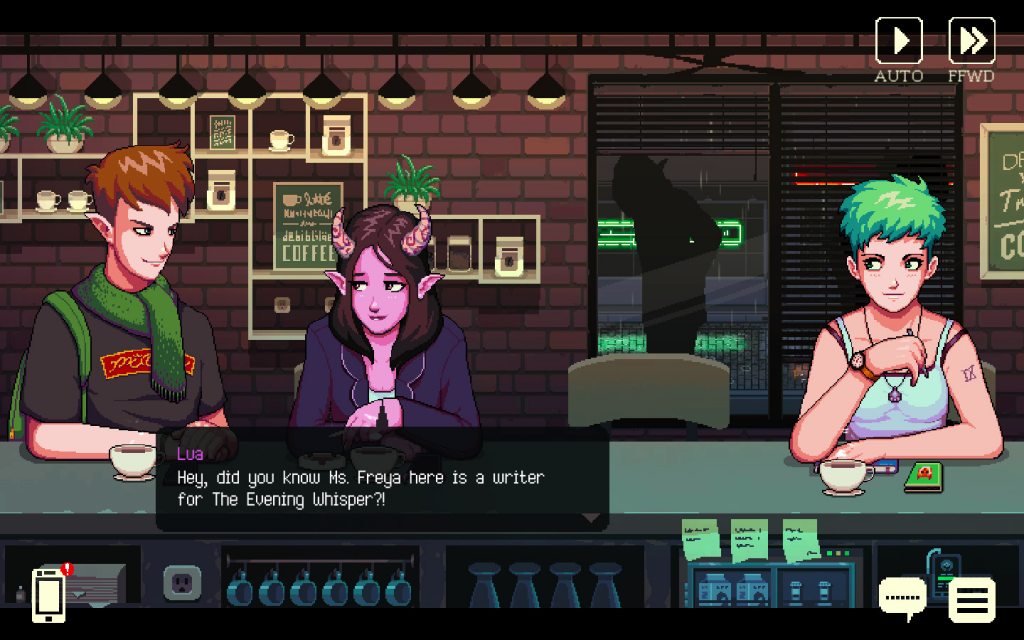 Coffee Talk is similar to VA-11 HALL in the following ways: