by Ryan Brown
in Mods
0

An action-adventure game developed by Respawn Entertainment, Star Wars Jedi: Fallen Order, is set in the ever-famous and timeless Star Wars universe. The Jedi Order has been wiped out, and it is now up to Cal Kestis to not only protect himself from getting hunted by The Inquisitor but also complete his Jedi training and restore the fallen Order of the Jedi.

Even though the game has received crazy reviews and has been topping leaderboards worldwide, players have often been found complaining about the bland look that Cal carries. This is why, quite recently, the modders over at Nexus Mod have given players the power to give the hero of the game, Cal Kestis, a dramatic makeover. If you feel like Cal deserves a makeover that makes him look less gingery or more blonde or whatever you wish, you are going to be very happy with this power the mods have bestowed upon you.

The Force awakens a dramatic makeover!

If you are familiar with the gameplay of Star Wars Jedi: Fallen Order, you know who Cal is. A Jedi-Padawan-turned fugitive, you play the character of Cal Kestis in this game. On the run, it is imperative for Cal to evade the Empire’s forces and fight for his survival. Survival is not the only thing on line this time. You, as Cal, need to explore the long-lost civilization in the Universe and solve its mysteries to try and restore the fallen Order of the Jedi.

Constantly on the run and avoiding capture and death by the Inquisitors of the Empire’s forces, you slowly but surely pick up small fragments of your shattered past and try and harness energy and motivation from them to restore what was once lost. 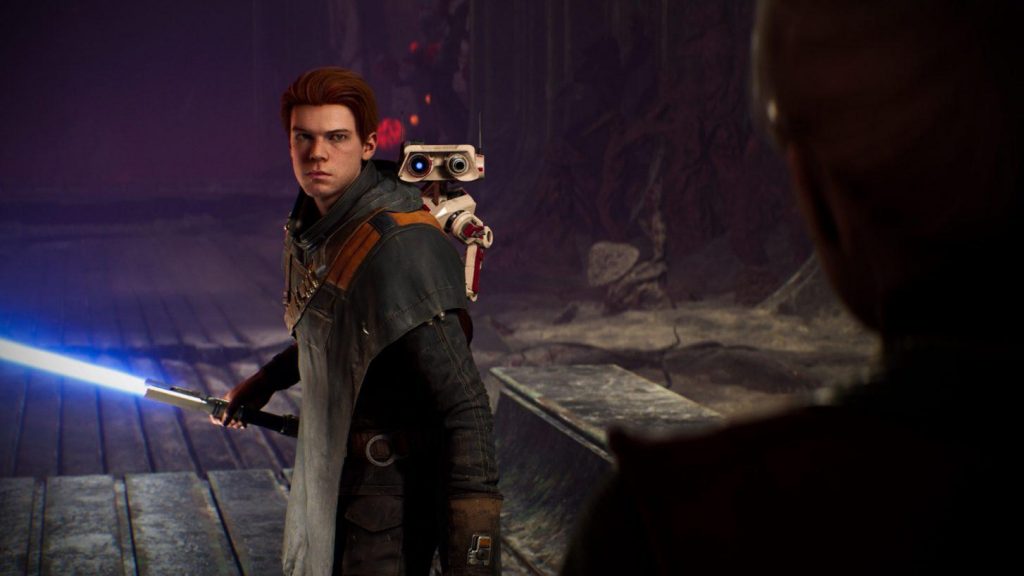 Surely, our hero on the run deserves some respite from all the fighting and exhaustion. This is why modders felt it was time to give Cal a makeover he deserves. Players can now tweak the way Cal looks; give him a subtle hint of a change or a dramatic makeover, the choice is yours.

They have even gone as far as revolutionizing Cal’s looks and turning him into The Joker. How marvelous it is to see Cal as The Joker set against the backdrop of the Star Wars Universe. With green hair and greasepaint on his face, the Clown Prince of Crime has been turned into a Jedi-Padawan, fighting off the Empire’s forces with lightsabers.

The many faces of Cal Kestis

Even though plenty of modders have been focussing on outfit fixes, re-shades, and lighting issues of the game, and Cal, no one seems completely satisfied by Cal’s looks and appearance. This is why we see such a massive inventory of diverse avatars of Cal. There is, of course, the one where he has green hair and greasepaint on his face, thus becoming The Joker; there are also several other variants.

There is the one where he has a mustache and one which makes him look just the tiny bit little less of a ginger. Hilariously, there is also a mod that has completely transformed Cal to look like Ben Skywalker. Serious mods have also made Cal look more sharp by giving him a buzz cut and military-like style. Some even went as far as shaving his head completely.

There are also those who have wanted to focus on making him look like he is truly on the run, and given him a heavily rugged and scruffed look, complete with messy and greasy hair, tired eyes, heavily grown beard, and facial scars.

The outfit and lightsaber gets a makeover too

A few mods that did not delve into changing the way Cal looks chose to go a different route. They gave his outfit and lightsaber a twist. While his poncho seemed fine to them when the game starts, they started finding it ridiculous for him to wear a poncho even when he is on the run. Mods even played around a bit with the world-famous blue lightsaber. There are different variants of a half blue half green lightsaber and also a completely dark and black lightsaber. Clearly, the mods have been having fun tweaking the way Cal looks. So, if you aren’t happy with the appearance of your Cal, go ahead, give him a makeover today!