Payday 2 Mods You Cannot Miss Out On

Games come, and games go. But some games stay forever. What keeps them going strong even after years have gone by their launch? The modding community. Payday 2 is one such game that has been going strong owing to the strong contribution by the modding communities. Be it better graphics or enhanced sounds, the Payday 2 mods have been making the game better and better with every new change.

Payday 2 is a four-player co-op action-packed game. It lets four players don on masks of the original payday crew – Dallas, Hoxton, Wolf, and Chains. These four chaos-makers then wreak havoc on Washington DC by going on the ultimate crime spree. Players can choose settings from grocery stores to bank vaults. Depending on how adventurous you are feeling that day, choose to go on a journey of crime as you wish.

The game has been so popular amongst notorious gamers worldwide that it has to its names multiple awards – 31st Golden Joystick Awards Best Multiplayer, 86 Game Star Gold Award, Game Informer Best Cooperative Multiplayer Shooter Best of 2013, Best of E3 Winner Community Choice, and many more. 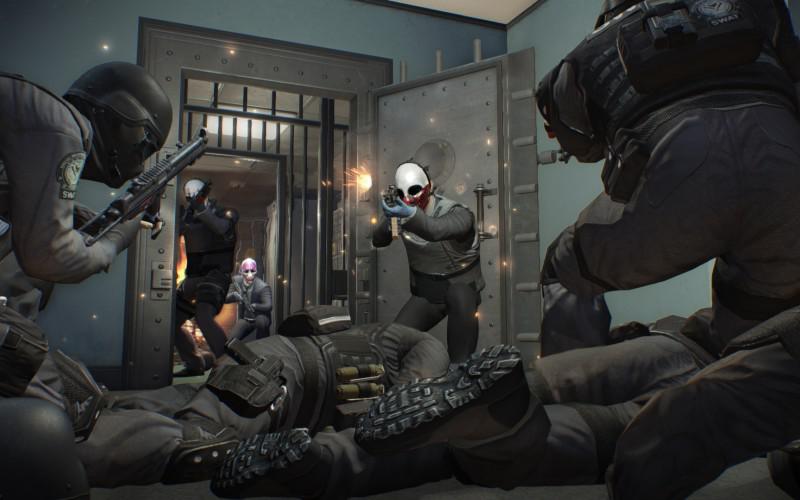 Owing to the immense popularity of this game, one just cannot miss out on the wonderful mods that have been at work with Payday 2. Here are a few of them:

When fighting your enemies in the field, it can be very helpful to know how much strength they still have and exactly how much capacity from your side will it take to take them down. It is often said that when you fight smartly rather than with all your strength, you are much more likely to win. This is why it is essential to have information about your enemy’s health and other vitals. This is what the enemy health and info mod help you with. This mod lets you see the health of the enemy as a health bar on top of their heads when you aim at them. Thus, you know exactly which enemy to aim first and what it would take to kill them.

A powerful mod to have in your arsenal, WolfHUD, is essentially a bunch of mods put together. With over 30 powerful features, the WolfHUD mod enables you to check KillCounter, TabStats, AutoPickup, and much more. When you play with tactics and strategy, you are much more likely to succeed. This is why WolfHUD mod is such a powerful tool to have with you in Payday 2.

The name says it all. In a game like Payday 2, where you need to hide your identity while committing crimes, a face retexture mod can be a great tool to have with you. It works on eleven characters in the game – Dallas, Houston, Chains, Wolf, Hoxton, Clover, Dragan, Jacket, Bodhi, Sokol, and Wick – and can help you play with enhanced and advanced versions of them. Wreaking havoc on Washington DC just got a whole lot exciting. 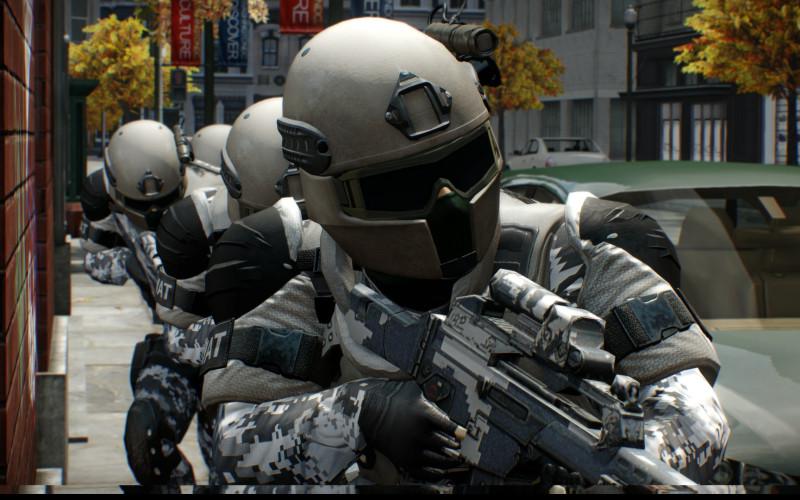 Have you ever been on a solo mission in a game and wished to God that your path finding, taking cover, and responsiveness skills were much better? Better enough to prevent you from dying in under seconds? This is exactly what the Keepers mod is for. It helps gamers find their paths better in the game and also enhances their skills to take cover. This way, if you are ambushed in a game, you can hide behind a cover and strategize better to get yourself out of the situation. It also improves your responsiveness in an attack on you or your friends. This really is a great and helpful mod to have in your arsenal to help you last longer in the gameplay.

Better Bots is aptly named so because of what it does. It makes the original bots in the game better. They make it very easy for you to aim and shoot faster. Moreover, in a game where you are the thief, the nuisance creator, it is very important to prevent yourself from dying at the hands of cops. Better Bots helps you with marking your enemies better so that you can identify them from afar. It also enables you to dominate cops heavily, thus not getting captured or dying. Throwing grenades and picking up heavy-duty weapons is also made much easier. The only catch with this mod is that you’ll have to download BLT 2.0 to use it in Payday 2.